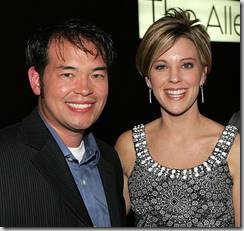 Though the news had been leaked before Monday nights one hour special, Jon and Kate officially announced that they have filed for legal separation.  The cynics have loudly been calling for the vicious exploitation of the kids to come to an end and have decided that perhaps this family tragedy will be the best move for the crazy lifestyle that the Gosselins live.

When the show first started it was clear that the Gosselins were struggling,  Kate was clipping coupons to save money and Jon worked at a job that kept him away from home for many hours at a time.  As their show became more popular, freebies came floating in and both were able to quit their jobs.  Though the argument is always presented as in the best interest of the kids, it would seem that the largest resentment comes from the success of the show.

As people are struggling to put food on the table and living in fear of the ever to popular pink slip, the Gosselins are going on trips that most families can only dream of.  Kate had a free tummy tuck and is always in designer clothing these days.  Jon had free hair plugs and recently received 125 thousand dollar custom motorcycle.  Life is full of riches if your last name is Gosselin; if you discount the fact that the two people who brought you into this world are barely on speaking terms.

Both Jon and Kate have vowed to still be there for their kids.  The children will be staying in the family home and the parents will take turns residing there depending on whose day it is to spend time with them.  The show will go on they tell us.  Like it or not, the show is what has given the children all of these wonderful opportunities that they otherwise would not have experienced.

Those who wish to see the show come to an end have given little thought as to how hard it will be to support 8 children without the income that TLC pays.  Would it really be better for them if they had to watch their mother  count every single penny?  Are they better served having a father working one or possibly two jobs trying to ensure that they had the basics.  As anyone who has raised even one child will attest, raising children is expensive.

The tabloids have been feasting on this family, which is far outside of the bounds that they contracted for when they signed with TLC.  Kate was recently caught spanking one of her daughters.  To those that already believed that she is amongst one of the worst mothers in existence, this served as yet another sign of her incompetence.   It is my belief that spanking is wrong, however the issue was not framed around the possible harm that is done to a child when they are spanked, rather it served as yet another opportunity for misogynistic attack on Kate. 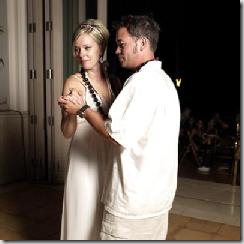 Did Jon cheat on his wife? Is Kate a control freak and the worlds worst mother? The aforementioned questions typify how this family drama is understood by the media.   No one bothers to examine Jon’s passive aggressive behaviour or the sexism that is launched at Kate.   A failure to express concern at the moment an incident arises and then using the same incident as a weapon months or years later is juvenile to say the least.  A failure to comment is assent and one would think that a man in his thirties would have learned that lesson already.  He may be proud of himself for “standing up for his rights”, however if he was silenced it is by his own volition.  By blaming Kate for his inability to be honest about his emotions, Jon is playing on the stereotype of the domineering wife for sympathy.  Since misogyny is a regular part of our discourse, the overbearing wife is easily suggested and accepted in conversations about Jon and Kate.

He may or may not have been unfaithful but one thing is certain, he is not guilt free in this separation.   Kate spoke of her fear of raising her kids alone and of spending an afternoon in bed crying, Jon was already planning his life as a newly single man.  While Kate was celebrating her birthday, Jon took the time to go skiing in Utah with Deanna Hummel, the same women it is alleged that he had an affair with. For a supposedly innocent man he seems to be working hard to ensure that his credibility is questionable to say the least.

Their marriage will continue to be dissected because the media loves a train wreck. What we will ignore are all of the social constructions that serve as baggage in our rush to judgment and the welfare of the kids we all claim to adore.  The Gosselin children are beautiful, bright and engaging and they deserve nothing but the best.  The Gosselins signed up to do a reality show, not star in a twenty-four hour media extravaganza.

The very fact that people purchase the magazines with the outrages headlines keeps the paparazzi in business and the gossip flowing freely.  The best way to show the concern we claim to have for these children is to allow them a little peace and privacy.  You don’t really need that copy of the Enquirer do you?  You don’t need the issue of US with Kate on the cover do you?  Each time you pick one of these up, you are participating in the very form of exploitation that you claim that Jon and Kate are guilty of.  How is that for a little pot and kettle action?