A Study In Ableism

Imagine if each day that you went into work you  had to wear a bright red cap to indicate to all of your fellow co-workers and the customers that you possessed an invisible disability.   Imagine if you were routinely exposed to verbally abusive behaviour while performing your duties.  How would you feel if whenever someone made a joke, you were always the butt of it?

Andrew Beck, 44, who has Asperger's Syndrome and learning difficulties, was also made to cart heavy equipment in a wheelbarrow after being banned from using a motorised vehicle at the Davyhulme Park club, in Manchester.

He told a Manchester tribunal that his duties involved an unfair amount of heavy work, often without breaks of lighter work, in contrast to other green keepers.

One Christmas, when staff were each given a present, Mr Beck said he was subjected to a cheap joke by being given a Star Wars game which he felt was suitable for a child. 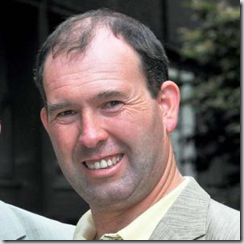 While Andrew did receive justice from an employment tribunal, the fact that he was made to undergo such clearly abusive behaviour for years is deeply troubling.   Much of the ableism that we engage in is based in a failure to empathize and a desire to invoke able bodied privilege.

I do believe the fact that Andrew had an invisible disability played a large role in how he was treated.  We have a tendency to see these as either not existing, or simply not as  serious as those who bear the physical markers of difference.

I know very little about Asperger’s Syndrome, however I know enough about disability to understand that difference does not equal less than.   Not only was Andrew subject to abusive behaviour on the part of his employer but the ridicule of fellow employees added to his stressful experience.   When we stand in silence as someone else is being abused, we are just as guilty of committing the offense.  Silence is a sign of tacit agreement.

Because we have decided to privilege certain bodies, we are constantly fighting different areas of stigmatization.  In our silence we know relief because in that moment no one is focused on the fact that we may be fat, old, of color, gay, etc. The problem with this strategy is that all of the isms are related and therefore if we allow ableism to occur without speaking out, we have no grounds to suggest that when we are demeaned that it is unfair.  This situation might not have escalated had Andrew’s fellow employees spoken out forcefully about the treatment that he was receiving.  It should not take a round of sensitivity training for all to recognize that discriminatory behaviour is unacceptable in any venue.