8 Year Old Victim Blamed For Her Own Gang Rape

A young Arizona girl has been gang raped by four boys aged 9, 10, 13, and 14.  She was lured by a piece of gum and then they proceeded to hold her down and sexually assault her for at least fifteen minutes.  CPS has taken the child away from the parents, who have apparently stated that she has brought shame upon her family. 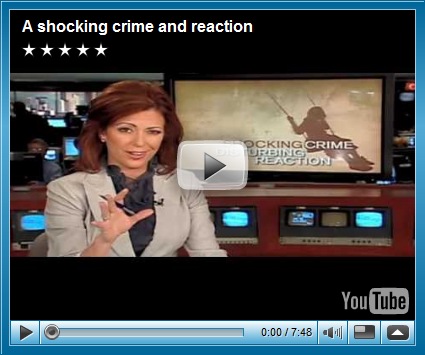 According to KTVK her sister stated, “"I came to her and said it's not good for you to be following guys because you are still little.”

She also said that she wanted the suspects to be released from jail because "we are the same people."

"When she comes back I'm going to tell her don't ever do that again because all of us, we are the same family, we are from the same place. Now she is just bringing confusion among us. Now the other people, they don't want to see her," the sister told KTVK.

Her statements are shocking and reveal a disregard for women and the seriousness of rape.  The family is from Liberia and much has been made of the foreignness of their cultural beliefs.   Let me make it clear from the outset, that it is never acceptable to blame the victim, however; painting this family as a bunch of ignorant foreigners who are not as civilized as Americans is extremely problematic.

The girl has been removed from her home however; the father has stated that he. “loves her, needs her and wants her back”.  They have claimed that they don’t understand the US system and have denied blaming the girl for her own rape. Keep in mind that English is not their first language and it is quite possible that they don’t understand what they are being asked.  The discussion of this incident virtually erases the actual pain that the victim is going through in order to paint the family as backward savages, who have steadfastly refused to accept enlightened American ideas of gender.

Even if the claims that the press and the police are making in reference to the girls family are indeed true, blaming the victim for her own rape is not unique to Liberia.  Everyday in the western world victim blaming occurs and it is rarely understood to be damaging.

As I watched the CNN anchor speak to a “cultural expert"” on Liberia, I could not help but wonder where the American cultural expert is when the public questions what a rape victim was wearing, or why she was in the area at the time, why she drank so much, or even how many men she has engaged in sexual relationships with.   Police barely bother to investigate the rape of sex trade workers because they are understood to be spoiled identities and yet Americans have the nerve to treat this as some sort of backward African concept.

Rape is terrible no matter who it happens to and to use it to reinforce Eurocentric ideas of Africa as uniquely backward and the West as evolved is reprehensible.  I sense very little real sympathy for the victim that is not based in Eurocentric paternalism.  Black children go missing and get raped all of the time but when was the last time it made national news?  When was the last amber alert issued for a girl that was not white and cute?

Covering this issue allows the media to deal with charges of ignoring the violations of young Black women, will still enforcing Whiteness as uniquely valuable.  It is only Whiteness that can save this girl from the evil that she was born into, despite the fact that American culture demonstrates the very same traits that it is busy denigrating as uniquely African.  The treatment of the case does not present as valuing womanhood regardless of race because in the end the White Mans burden is fulfilled and the lowly African is elevated due to western largess.

To truly deal with sexual assault and rape, it needs to be understood that it happens across race, culture, ethnicity and social class.  All victims are equal and are worthy of respect.  No country on earth is free of violence against women and until that is acknowledged, what is certain is that our attacks will not receive the respect and attention that they deserve. The victim should be the center of this conversation and not the backwardness of so-called African only beliefs.