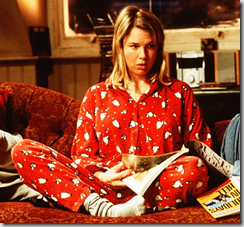 The sequel has become a quick way for the movie industry to draw in viewers. With the cost of production studios are reluctant to take chances and instead fall back on cookie cutter plots that seldom offer any real challenge. “Bridget Jones” has become the latest serial girl flick movie. Who doesn’t want to get drunk, sing all by myself and watch Bridget’s antics as she tries to negotiate the life of a single woman?

In the first two parts we followed Bridget as she struggled to choose between her two suitors. When Bridget finally became engaged to Mark in the 2006 sequel “Bridget Jones: The Edge of Reason,” viewers were meant to see this as the culmination every woman’s struggle to snag a man. Heaven forbid the media portray a single woman who is content to be so. No matter how much we accomplish in our professional lives or the quality of the friendships that we have amassed, each woman is understood to secretly be pining for a juicy blood diamond engagement ring to signify being owned by a man. Nothing exemplifies success like the ability to engage in a patriarchal relationship.

Studio owners have decided that Bridget’s “happy ending” is not yet complete. Bridget Jones 3 is in pre-production and no name has been selected for the new film as yet. After finally getting Bridget into a stable relationship, one may well wonder what is left to make her life complete. Let’s pause for a moment and think, shall we?… Hmmm, ah yes, a baby. Everyone knows that every woman wants a baby. How could she ever think her life is complete unless she is walking the floor at 4 AM covered in spit up, so tired that jumping out the window and running away seems like a good idea. For some, motherhood is a joyful experience, yet for many it is a choice that they are thankful to be able to opt out of.

The studio could not allow Bridget to ride into the sunset with a lasso tied firmly around her conquest, Mark, while they were still stereotypes to be exploited. If a woman in her forties isn’t anxious about her ticking biological clock, how can she possibly be on track for the mental breakdown that occurs during menopause? I can picture the jokes around basal temperature already. There are approximately ninety minutes to fill and one can be certain that every single anxiety faced by women who are attempting to become pregnant will played out until we all just want throw adoption papers at her to make the lunacy stop.