Giving Birth Without An Epidural 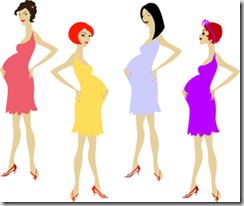 From the moment a woman discovers that she is pregnant with a wanted child she beings to bond with her unborn child.  It is not uncommon to name the child in utero if the sex is known, play music to the child or even engage in conversations.   Even as we prepare for the moment that is sure to change our lives forever, no one is ever ready for the rush of love and emotion that happens upon meeting the baby for the first time.

According to the BBC, “Dr Denis Walsh, associate professor in midwifery at Nottingham University, said pain was a "rite of passage" which often helped regulate childbirth. He said it helped strengthen a mother's bond with her baby, and prepared her for the responsibility of motherhood.” Doesn’t that  sound like the opinion of someone who will never have to endure the “pain” that he is so quick to advocate for.

The article in question attempts to avoid shaming women for choosing to go the route of the epidural, but somehow this option is not seen as a “natural choice”.  I find it hard to believe that women have not always had a way to alleviate the pain induced by giving birth through some sort of drug.  Medicine women have always known how to combine roots and other items found in nature to produce soothing teas and elixirs to deal with pain.  I find it hard to believe such options were not employed for childbirth.

Giving birth can be an extremely painful experience despite the recent push to “go natural” and the media fixation on labour orgasms. It seems to me that from the moment we conceive the pressure to experience and or practice a particular form of motherhood begins.  Clearly, even though the responsibility of raising a child from birth to adulthood largely falls to women, patriarchy does not seem to feel that we should have any say in how our bodies are treated.

The moment a woman becomes pregnant her individuality disappears and she becomes a walking womb for the world.  Think of the baby the nosey bystander will say.  The pressure to conform is enormous and we forget that though a potential mother; a woman is still a person in her own right.   Whatever alternatives a woman needs to make labour the kind of experience that she wishes is what should be the top priority.   Can we just face the fact that we have a lifetime to bond with our children and this pressure to have “natural” childbirth to make us closer to our kids is ridiculous.  A woman and a baby share the same body for nine months; if that does not accomplish a link nothing will.