If You’re Disabled You Cannot Be A Customer

We live in a society that seems to worship money.  Even in a recession keeping up with the Joneses is still an obsession for those that still possess disposable income.  Many businesses are struggling to survive and even companies that have become socially ingrained, have been placed into a position where they must offer extra services and value to stay competitive, unless of course it means accommodating the differently abled. 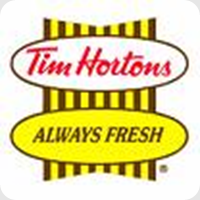 If you are a Canadian, “timmys” is as familiar as the toonie (our two dollar coin) or that idiot Don Cherry from Hockey Night in Canada.  In Niagara Falls, you cannot drive 5 minutes without running into a Tim Hortons.  I live within walking distance of THREE Tim Hortons.  Most people in the city visit Timmys a minimum of once a day.  They have the most franchises in our city and are constantly busy.  So ingrained is Timmys in our culture, that we send it to our soldiers when they are overseas.

I never thought that anything would come between Timmy’s and I.   It seems however,  that my scooter makes my money irrelevant.  At one location if a car is parked in the disabled parking spot, no scooter or wheelchair can go up the ramp.  I really wanted a tea and so I went through the drive-thru only to be told that it was the first and last time that would be allowed.  When I explained the situation, I had to allow the manager to sit in my scooter and attempt to enter his own damn donut shop, to prove to him that his location was inaccessible.  For the record, the car parked in the disabled spot had no sticker and he did nothing about it. I guess they can only handle one “cripple” at a time at that location.

Today as I was leaving yet another Timmy’s, four people were “parked” in scooters sipping their coffee and chatting.  There were others sitting in their vehicles also sipping happily away at their coffees when the manager appeared and announced that she needed the parking spots for customers and the people on  scooters were told to leave.  How is it acceptable to sit in a parking lot in a car but not a scooter?  These people had paid their money just like everyone else.

It seems that over and over, everywhere I go, inaccessibility is the norm rather than the exception.  We  are treated like we are an inconvenience and rushed quickly out of sight.  There are many stores I cannot enter without leaving my scooter outside because the aisles are either to narrow, or there is a step at the entrance way.  What are we to think but that our money is no good and that we are second class citizens.

Technically, I could file a claim with the Ontario Human Rights Tribunal, however; I would have to do so location by location and incident by incident.  When I think about the energy required to get through a single day this kind of expectation is ridiculous.   The problem is not that of the differently abled person but that of a society that has been built to standardize a certain body type as normal. 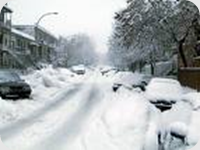 With all of the frustrations that I face trying to get around the city, the thought of the winter looms large over my head.   I know that once the snow hits the ground, I will once again be trapped in my home.   People are lax when it comes to shovelling the snow, despite the law requiring snow removal and the city seems to believe the only area that needs prompt removal are the tourist areas.  I shudder to think about how I would get the basics if the unhuband was not currently abled.  To someone in a wheelchair or a scooter, or someone who uses canes, crutches or walkers, snow is more than inconvenience.

It took me a long time to come to terms with my disability.  I did not want to take on yet another identity that further “othered” me.  I know what it is like to be discriminated against as a person of color and as a woman but the totalizing effect of being discriminated against because of my perceived  disability (and I say perceived because under the right circumstances I would not have any limitations) is positively enraging.

That said, I am not comparing racism, or sexism to ableism.  I am probably feeling the effects of this so strongly in part because of its newness to me, rather than it being less or more than other social stigmatizer.  Dealing with ableism on a daily basis has affirmed something that I have always believed to be true, in terms of living with isms; until you live in the body of the oppressed, you have no idea how difficult it can be.  When each and every day you are assaulted by the common belief that you are less than and then told to smile and accept it, how can there be any other response but anger?

As I explore the law and look into my options, the one thing that I am sure of is that this is one differently abled woman that will not be quiet, on the days that I have the energy to fight.  I know that I have just begun to scratch the surface of what it is to live as a differently abled person in this world but knowledge is power and in time I will acquire the tools to fight for my rights.  I will force the world to see that which it has chosen to ignore and in so doing affirm my right to be treated like a human being.