In Search Of Western Eyes 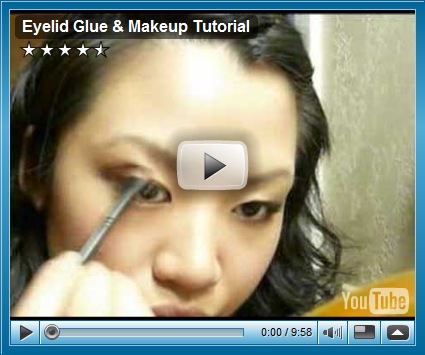 I found this video over at Sociological Images.  When I write about the pervasiveness of Whiteness, it is often from the perspective of the African Diaspora, however; we are not the only race of people that have internalized Caucasian features as the only example of beauty.  In the above tutorial, a young woman explains how to glue the eyelid to give a more rounded appearance.  It is worth noting that this  is a non surgical alteration and many often opt for a more permanent change.

It is common to use make up and clothing to either cover or mask features about ourselves that we feel uncomfortable with. We might opt for a girdle to mask tummy fat because we have been taught that bodies that do not appear to be lean are unattractive.  Rather than emphasizing that diversity is what makes us beautiful as a species, we have tendency to draw upon an idealized Eurocentric versions of the male and female form.

When the genesis of the alteration is race based; it reveals who has power within society and who we consider to be “other”.  You will note that in the western world,  Caucasian women are not subjecting themselves to  surgery to imitate Asian eyes.  They do not purchase creams to darken their skin or make their hair kinky.  All white people are born into the race that has globally come to represent the epicentre of human achievement and  beauty.

Though Asian women are not being forced to make this “beauty” alteration, the fact that some deem it necessary is particularly revealing.  “Slant eye” is a term often used to demean people of Asian heritage. It’s specifically used to denigrate them based in the fact that they do not possess so called White facial features. This can only be understood as negative because we have privileged Whiteness.

When we think of racial discord we often reduce it to a Black/White binary thereby ignoring how other groups are effected by Whiteness.   Many don’t see Asians as being targeted because they are understood to be “successful” in terms of Western integration, yet the stereotypes of washer people, fisherman etc., still exist to ensure that they are understood as less than Whiteness.  Asian women are highly sexualized and constructed as naturally submissive.

While the election of Obama has meant that for the first time in a long time race is being discussed critically because it has specifically excluded certain groups the conversation is incomplete.  Ending our hierarchy of bodies means we need to deconstruct the ways in which all bodies of color face discrimination and internalize negative stereotypes.  Privileging the Black/White binary only ensures our commitment to oppression Olympics thereby assuring that the division of people into racial categories will continue to be a mainstay in our society.