Men Kissing Is A No No In Texas At Chico's Tacos

I find child abuse, racism, sexism, ableism etc., to be disgusting and an affront and yet daily all of these actions occur within out society without very much negative feed back.  One of the few redeeming characteristics that we possess as human beings is our ability to love.  Love binds us together and forces us to forget our  pettiness and selfish nature.  When I see two people embracing in public, I smile because I know that this action is a reflection of the best part of humanity.

There are those that are still so ignorant that two men kissing is understood to be deplorable.

"It was a simple kiss on the lips," said Carlos Diaz de Leon, who called police when he feared he and his group were targets of discrimination after his friends, both men, kissed in public.

At about 12:30 a.m. on the morning of June 29, the five men were placing their order at the Chico's Tacos on Montwood when the two men made their public display of affection, sparking the ire of two contracted security guards at the restaurant, police and witnesses said. After the group sat down, the security guards told them "they didn't allow that faggot stuff to go on there," and made them leave, de Leon said. 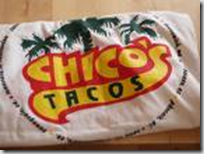 You can be certain that if a heterosexual couple had exchanged a kiss, not a single feather would have been ruffled in this restaurant.   Chico’s Tacos is more than happy to take the money of gay men, however; it feels that it is has the right to control behaviour based in heterosexual privilege.  The gay community is expected to participate in society, i.e  pay taxes and generally perform acts that strengthen social cohesion,while at the same time being invisible.

Many of the isms that we engage in regularly come down to a desire to express power coercively and a denial of space.   The right to control who is allowed to be a part of our social discourse is very much an expression of privilege.  The demand that a marginalized group sequester itself is meant to normalize certain bodies or behaviour.  Homosexuality can hardly be deviant when it has been a part of our world from the very beginning; it is only the fact that we abhor difference that makes it seem like an oddity or a perversion.

You will note that the guard made sure to use hate speech to reference an act of love between two men.   This amounts to yet another form of violence, though language is often understood to be harmless.  The word faggot exists to demean and degrade what is in fact a very natural link between two people.  Each time a person is subject to violence or prejudice, it has its very root in the fact that we enable language that not only asserts difference but infers value to difference.  The end of of homophobia begins with a zero tolerance for hate speech.

Contacting Chico’s Tacos and informing them that their behaviour towards these men is deplorable is a wonderful act of resistance, however; it is not enough.  Each day we are offered opportunities to challenge the social imbalances that we have created and we must take action.

We must be proactive in teaching children that all bodies matter.  We must have the courage to tell our friends when they use hate speech or express their privilege, that their actions/language are not acceptable.  We must endeavour to create safe spaces where ever we can, so that all can fully participate in this world. Even if it is as simple as ensuring that your home is safe for all that enter; it is one less place where a marginalized body will experience the social phenomena of “othering”.  Equality will not be given, it must be taken.