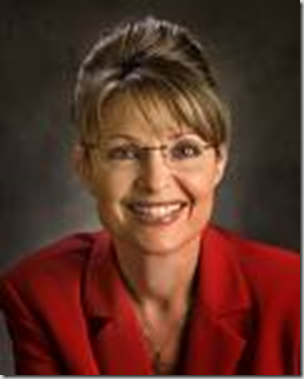 On Friday July 03, Sarah Palin publicly declared her intention to resign. Palin first grabbed the international spotlight when she was tapped by John McCain to become his running mate in the 2008 election. She was the second woman selected to run for the vice presidential position and the first Republican woman. At the time she had an extremely high approval rating in Alaska but was not well known in the lower 48 states. Upon announcement of her selection, the media began a massive hunt to discover who she was and what she stood for.

Palin rapidly became a household name and much of it was based on her political faux pas. Her inability to discuss the Bush doctrine or name a major magazine or newspaper upon which she depended for news quickly became a ratings gift to Saturday Night live who parodied her public missteps weekly. Palin became the comedic gift that kept on giving.

Though McCain was the nominee for president his popularity paled in comparison to hers, and attendance at her rallies routinely outshined his. With her supposed “folksy charm”, she sold conservatives with her anti woman, jingoist, and racist message. Feminists found themselves in the untenable position of having to defend her, despite her clearly anti-woman stance as sexist rhetoric was used to discredit her.

Even after losing the election, Palin’s name continued to circulate as she engaged in a war with bloggers and the so-called liberal media. Throughout her political career, Palin has surrounded herself with cronies and was unaccustomed to being unable to spin the news in her favour. Though clearly desirous of continuing the fame that she received as a vice presidential nominee, Palin clearly believed and continues to assert her right to be above criticism.

It is easy to question the intelligence of Sarah Palin after hearing statements like, “I can see Russia from my house”; however, one must remember that to become the governor of a state requires a degree of intelligence and political savvy. Palin may not have been ready for the “big game”, when she received the tap from John McCain but that does not mean that she is not capable of making the changes required to converse intellectually about the pressing issues of our day.

In her resignation speech Palin stated:

“As I thought about this announcement, that I wouldn't run for re-election, and what that means for Alaska, I thought about, well, how much fun some governors have as lame ducks. They maybe travel around their state, travel to other states, maybe take their overseas international trade missions, so many politicians do that, and then I thought: That's what's wrong—many just accept that lame duck status, and they hit the road, they draw a paycheck, and they kinda milk it? And I'm not gonna put Alaskans through that.”

One would have to be completely naive to believe that her overwhelming desire to spare Alaskans is what encouraged her to resign the post of Governor. It is more likely that she realized that even though being a Governor of a state provided her with a platform, the fact that Alaska is so far removed from the lower forty-eight states would create difficulty for her in terms of transportation on the campaign trail.

Palin has not declared a desire to run for president but her ambition is clear to any who have watched her political career rise since she received the nod from John McCain. Palin has already started working on raising money and as Obama’s election made clear, proper financing is absolutely necessary to win a presidential election. By resigning the post of Governor, she will be able to travel more freely and raise capital.

Though she regularly attacked Obama on his experience, her lack of knowledge clearly hampered her political ambitions and despite being taught Republican talking points, more is required to successfully launch a national campaign. Palin is going to need time and experience and this can be acquired by giving paid speeches across the nation where she will face tough questions from those not disciplined by party moors.

If Sarah Palin is to be a successful candidate in 2012, she needs to appeal to more than the Christian Conservative section of the Republican Party; she will need time to craft an image that has a broader appeal. Palin has much work ahead of her to become a legitimate candidate and this cannot have escaped the notice of her handlers.

When Sarah Palin made the announcement that she was resigning, she offered no real explanation. She did not even bother to cite a desire to spend more time with her family, which is a very common reason given by those who choose to leave behind public or time consuming careers; thus leaving the explanation open for conjecture. I suspect that Palin very much wants the public to discuss her reasons. The more that she is a subject of conversation, the more she will appear as a legitimate possible choice.

In the coming months the reason behind her sudden departure will make itself apparent. I suspect it will begin with a glaring announcement of her intention to seek the office of the president of the United States. Palin has yet to acquire the polish of a seasoned politician, however she is certainly shrewd and barring any hidden political scandal that we are not aware of, this decision was certainly aimed at advancing her political ambitions. It will be interesting to see how she chooses to explain her lack of commitment i.e the inability to finish one term as governor while seeking the nation’s top job.