My favourite Gus, Allison McCarthy has a post up at Global Comment that is really worth the read. 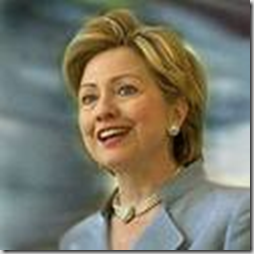 Tina Brown’s ploys for self-promotion are numerous, but her latest piece, along with a follow-up interview on CNN, takes the cake. Brown, former editor for noted U.S. magazines such as Vanity Fair, The New Yorker and Talk, has always maintained some problematic notions of feminist politics in her writing. She is also an adamant Hillary Clinton supporter, prepared to defend her candidate’s political representation at all costs. Unhappy with Clinton’s supporting role in the Obama administration, Brown lashes out against the perceived oppression of Clinton in her job as Secretary of State. In her new Daily Beast article “Barack’s Other Wife,” Brown proclaims in her opening lines:

“Left behind on major presidential trips, overruled in choosing her own staff — Hillary Clinton is the invisible woman at State. But Obama’s brilliant foreign-policy spouse may not stay silent forever. It’s time for Barack Obama to let Hillary Clinton take off her burqa.” (emphasis mine)

Comparisons between Clinton’s status as a white upper-class female politician and Muslim women who don the burqa as a sign of personal and religious expression are asinine and reflect a racist, xenophobic and sexist perspective. Not only has Brown appropriated the experiences of other women, many of them women of color, but she also (wrongfully) assumes that women who wear the burqa are repressed and in need of rescue by the Western hemisphere. The only “invisible” women in this article are the ones who do wear the burqa of their own free will. However, these women often lack the large public media platforms granted to Brown.