I have been told that I have peculiar taste in men.  Of course like most heterosexual women I have my standard hotties that I drool over.

okay after assembling that I need a moment…..

Yeah the tortured artist look works for me.  Now I must admit every once and a  while I stray from standard attraction to this: 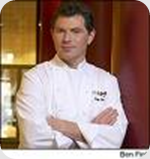 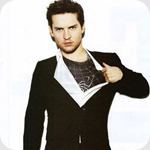 The above is what I had written for a “Sunday Shame” post until I realized something;  all the men  that I had chosen for “naturally hot” category were men of color except one and all the men that I had put into the category of “sex ugly” were white.   I actually stopped writing the post immediately and began to ponder why this is the case.

I think some of the issue comes down to how I define the word “hot”.  To me, “hot” means so damn fine I would hand you the cookies to eat in my bed whereas sexy ugly means that I find something intangible about the person in question to be attractive but am not pushed to drool mode.

That is when a light went off and I began to think about the ways we have been taught to understand men of color.  They have historically been highly sexualized beings.  Black men in particular have to fight the whole mandingo ready to serve Missy Anne meme.  It would be easy to just look at the images  and  state that they are all “just” attractive men however; the  unintentional grouping according to race raises interesting questions.

Since nothing is outside of discourse, these choices are not innocent and are filled with meaning about how I understand male racialized bodies.  There will always be a part of sex or sexual attraction that involves sharing an experience based in nurturing, however; what we understand to be the flip side i.e the “instinctual level,” is actually filled with all of our unspoken internalizations regarding race, and class.

It makes me think of Peggy McIntosh and “unpacking the invisible knapsack”.  One of the questions she asks is, who do we expect to see when we ask for the person in charge.  Though Blacks have made great gains since the days of Jim Crow, quite often the person in charge will still be White.  All men are granted male privilege; race and class work to determine the degree each individual will be able to benefit.

This was meant to be a light hearted post and yet instead it revealed to me that perhaps I have internalized certain messages about racialized bodies that I have not yet let go of.  There are no Asian men on either list and what does this say when I come from a culture that has historically feminized them?  I would not say that I find Asian men unattractive; they simply were not on the top of my list, when I began my selection.  Once again hierarchy rears its head to display how it is possible to devalue certain bodies even in the most simple of projects because that is how I have been trained to think.

Just as White people walk around with certain assumptions, so do people of color. We cannot avoid all of the stereotypes, even though we know better than most how harmful they can be.  What I will take away from this exercise is the knowledge that deconstructing race is something that never ends, even if you are in the body of a racially oppressed person.