The Bi-Racial Experience: Something Other Than 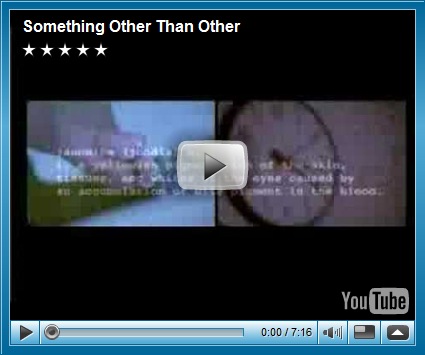 The above video was very triggering for me.  I remember being pregnant with Destruction, my oldest child and wondering what his experience would be like as a bi-racial man in a world determined to view people of color as less than.  I knew that despite the hue of his skin he would never walk through the world with the ease of his White father but I wanted/want him to embrace all aspects of his being.  He is a child created of love between a Black woman and a White man and for better or for worse he is a child of mixed race.

He has not declared that he specifically identifies as a person of color, however it is clear from the conversations that we have had that he understands that he is not White like his father.  He will at times refer to himself as Brown.  In time I know that society will foist an identity upon him that makes others comfortable regardless of how he may feel about the label;  this I believe is the experience of many bi-racial children.   When we look at them, we decide based on hue which race that they belong to rather than giving them a chance to identify as they choose.

Being a bi-racial family is not easy because not only do we have the everyday bullshit to negotiate, race always factors into how we are perceived by others and sometimes will even cloud how we interact, regardless of the love that we share for one another.  As the parent of color, there are lessons that I must teach my child, that are born of my own personal experiences with oppression, that at times seem strange to his White father, who only knows racism second hand through me.

To be a parent one must ultimately believe in the greater good and the possibility that we will continue to evolve, however to parent a child of color or mix raced, requires a special kind of faith.  We must hope beyond hope that they will not bear the scars that we do, nor feel the sting of rejection. We must hope that the world will see beyond race, and ethnicity, long enough to allow our children to become whole human beings.

As much as his father and I would like to keep him from harm in our quest to guide him to adulthood, we know that neither of our experiences will parallel his. Destruction is a bi-racial child and with that comes its own set of complications.  For some he will be to Black and for other he will be to White.  As his parents we can only hope that in the end, no matter what categories others seek to place him in, that he will have the will to decide for himself who he is and what parts of his heritage to embrace.

One day when he becomes a man, I will ask him about his journey and what he has learned.  Straddling the Black/White divide will be a difficult task for him but I believe that through his experiences I will better understand just how senseless these categories are.  In his blood I see exactly why division is unnecessary and why love is all that counts.