I was flipping through the latest Ms. Magazine with my son Destruction sitting next to me, when I came across an article entitled, “Education Equals Power”.  On page twenty-three, there is  a disturbing picture of a little boy from Ghana, who has been sold into slavery, by his mother to feed her other children.

The article contains startling facts like, “sixty-eight percent of Ghanaians being unaware that having a minor as a household worker is illegal. Once a hub of the trans-Atlantic slave trade, Ghana is situated on routes that ship children as servants to such locals as Saudi Arabia and Lebanon.  The boy in the article was sold by his mother for the equivalent of twenty-eight dollars. If you have not read this article, I highly suggest it.

Upon seeing the picture of the little boy, Destruction immediately started asking questions.  It is not very often that he sees images of little Black boys like himself and so he was curious as to what the child was doing.  I paused for a moment and debated about whether to make up some fairytale or tell him the horrible truth about the image that he was looking at.

Destruction realizes that his father and I work so that we can provide him and his brother with things but he had no idea about global imbalance.  He is in fact just starting to see that there are class differences within the neighbourhood that we reside in.  When it comes to my children, I am constantly weighing their right to live carefree for as long as possible and answering their questions truthfully.

In as simple of terms as I could, I explained that some people don’t get paid the value of their labour and that some people are forced to work as slaves.  I told him that often everyday products that we use and take for granted are made by children, just like the little boy in the picture.  I used chocolate as an example of something that he loves, that is routinely made by slave labour.

More than anything, he expressed a desire to help because he really wanted the boy in the picture to have the things that he does.  Destruction may be high drama but I have never doubted his good heart.  Though I know that there are issues with fair trade, in order to leave him feeling empowered, I informed him about fair trade products, as well as discussed the fact that we as consumers, can let companies know by what we choose to purchase, that we do not approve of their tactics. 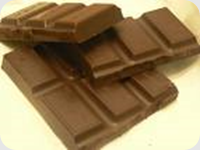 It has been about two weeks since we had this conversation.  In that time, he has not had any chocolate.  Each time we have been out at a restaurant or at the bakery, he has specifically asked if something is fair trade before making a decision, as to what he was going to consume.  For Destruction, it seems he would rather do without one of his favourite treats, than participate in the suffering of another.  I have promised to find him some fair trade chocolate so that he can once again indulge himself but in the meantime he seems very committed.

When he asked at the bakery whether or not their products were fair trade, he was told he was too young to know or be concerned about such things.  Children are of this world and one day he will grow into an adult.  While I don’t wish to rob Destruction of his innocence, I believe that it is important for him to understand that he lives with a great deal of privilege.  I want him to grow up feeling empowered and firm in the belief that though he cannot change the world, through his actions he can make a difference.  This may mean returning to the soup kitchen to volunteer, recycling, composting (which our family does), or making conscious decisions about consumption because of political or moral beliefs.  The one thing that I am really starting to see is that he has begun to internalize one of our core family beliefs, everyone matters