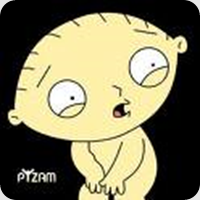 “Family Guy” is approaching ten years on television. The show uses ironic humour to discuss race, gender, and sexuality. Quite often, it crosses the line of what is considered to be in good taste. Its regular characters include the neighbour Quagmire, who has committed rape on more than one occasion, and an elderly paedophile. Lois, the mother, is routinely sexualized and cast in opposition to her daughter Meg, who only manages to get the family dog Brian to kiss her when he is drunk. The patriarch Peter is meant to be a neo-Ralph Kramden, and his only talent seems to be in making gross jokes and out-running Death.

“Family Guy” is not about complexity; it is about taking the -isms that people normally confront while using ironic fauxgressive humour to challenge stereotypes. It specifically posits a challenge of so-called “PC” speech terms, without considering that the reason such language exists in the first place is because racism, homophobia etc., are not laughing matters to the people that must live with them.

In a recent interview with Playboy, creator and writer Seth MacFarlane announced that Stewie Griffin, the one year old baby, is gay:

“We had an episode that went all the way to the script phase in which Stewie does come out … But we decided it’s better to keep it vague, which makes more sense because he’s a one-year-old. Ultimately, Stewie will be gay or a very unhappy repressed heterosexual. It also explains why he’s so hellbent on killing [his mother, Lois] and taking over the world: He has a lot of aggression, which comes from confusion and uncertainty about his orientation.”

The above statement stands as evidence of how little time MacFarlene has spent immersing himself in queer theory. Explaining Stewie’s matricidal tendencies as a result of repressed sexuality frames members of the GLBT community as perverse and violent. This plays into the binary construction of heterosexuality being depicted as both good and normal; conversely, homosexuality is then seen as deviant and “other.”

Stewie’s contempt for his mother seems to be more of a reflection on how little we value women. Violence against women has become a social norm and using Stewie’s so-called repressed sexuality as justification only cements the idea that issues of “othering” in an adult life can be traced back to the mother, rather than to a culture of homophobia. Freud would be proud of MacFarlane.

(Editors Note: Due to issues with the website, the link to the rest of story must be clicked on from the front page.)