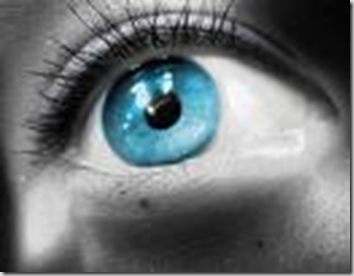 If a Black girl is very lucky she is born into a family that will cherish her.  She will be told repeatedly that she is beautiful, even that she is a princess.  Those first years are very important in building a solid self-esteem.  They will be needed to help deal with the stressful years ahead, when she will be told repeatedly that she is different, run of the mill, loud, rude, abrasive and even ugly. In the years ahead, she will meet Whiteness head on and the specter of Pecola Breedlove will visit her, in her quiet moments.

If she happens to be dark skinned, the Blackest of Black, those around her might ridicule her, having internalized the blue-eyed standard of beauty.  She will note how those with the lighter skin get more attention, are called beautiful, and are held up as the epitome of Black female beauty. She will watch as they toss their long, straight hair over their shoulders and wonder how her short nappy locks seem so unloved, no matter how painstakingly styled.

She will jump rope, play hopscotch, and even tag, but she dare not disagree with her playmates because she has already learned that her color will make her the aggressor, no matter her action.   Don’t scream like the other little girls and never raise your voice in anger. When she is alone and looks into a mirror, she will wonder what it is about her that makes her so different.  She does everything that the other little girls do in an effort to fit in but somehow this barrier, one that is not of her own making, refuses to give way.

In an effort to bridge the gap, she will explain her hair care rituals on command.  She will speak of washing it once a week and then having it oiled and styled, only to be called dirty because the White girls wash their hair daily.  They will turn their noses at the mere mention of hair oil, yet to her it is one of the most tender moments of the week.  It is the time when she has 100% of her mother's attention.  It is the time when they may discuss everything and anything.  How can this ritual be bad, when it often feels so comforting?

She will struggle to find something about herself to love.  Her nose is far too broad and not like the other girls. Her lips are too full and she bites them desperately, wishing that they would deflate.  In the quiet moments she will remember her parents telling her that she is beautiful and that she is smart, but the Breedlove curse hangs heavy and hard.

She will point out Black superstars to her friends, believing that she will find validation in their fame.  “Hey guys”, she’ll announce, “have you heard that new song by Tracy Chapman, 'Fast Car' -- isn’t she  just great?"  “The song is okay,” they will answer, “but Tracy is kind of ugly."  Dejected, she will retreat into a corner, thinking once again about the blue-eyed promise.

Her teenage years approach and boys and men begin to display desire for her.  She is unprepared for their advances.  At first she loves her burgeoning womanly form.  Her body is curvaceous and her breasts full.  Finally, she thinks, people think I am beautiful... until she learns that it is not that men find her beautiful, but that they have come to claim her.  A Black woman’s body does not belong to her.  It is assumed to be for the sexual satisfaction of men and they could care little about her thoughts and desires.  They only want what she has between her legs.

Wherever she goes, Pecola is her constant shadow.  Will she learn to love her Blackness despite the fact that world around her has told her that she has no value? Will she succumb, like Pecola, to feelings of insanity and find herself wishing desperately for blue eyes in the false belief that they will make the world think that she is beautiful and therefore worthy? If she had blue eyes, would  people see her for who she really is?   Her journey is not unique and yet in the quiet moments when Pecola whispers, playing the strong Black woman seems too much of a burden.  The gentle sleep calls and night fades to black.  Who will arise in the morning is anyone’s guess.

Editors Note:  Pecola Breedlove is a reference to Toni Morrison's The Bluest Eye.  If you have not read it, get thee to a library quickly.