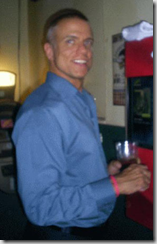 I had no intention of writing about the terrible crime that George Sodini planned and executed.  I have seen enough  media coverage on this issue to know that it is at least being taken seriously and therefore felt that my voice would add little to what has been said until I read a post at feministing that made me realize that the whole story is not being discussed as it should be.

There can be no doubt that Sodini hated women.  He felt entitled to access to female bodies for his own pleasure and was enraged when he could not use his white male privilege to his advantage.  He wrote about not being able to get a date and not having sex, as though this was his birthright.

Sodini was a racist.  Not only did he want access to female bodies, he specifically wanted White female bodies and deemed Black men to be competition, for what he surmised to be his natural mate.

Why do this?? To young girls? Just read below. I kept a running log that includes my thoughts and actions, after I saw this project was going to drag on.
November 5, 2008:
Planned to do this in the summer but figure to stick around to see the election outcome. This particular one got so much attention and I was just curious. Not like I give a flying fcuk who won, since this exit plan was already planned. Good luck to Obama! He will be successful. The liberal media LOVES him. Amerika has chosen The Black Man. Good! In light of this I got ideas outside of Obama’s plans for the economy and such. Here it is: Every black man should get a young white girl hoe to hone up on. Kinda a reverse indentured servitude thing. Long ago, many a older white male landowner had a young Negro wench girl for his desires. Bout’ time tables are turned on that shit. Besides, dem young white hoez dig da bruthrs! LOL. More so than they dig the white dudes! Every daddy know when he sends his little girl to college, she be bangin a bruthr real good. I saw it. “Not my little girl”, daddy says! (Yeah right!!) Black dudes have thier choice of best white hoez. You do the math, there are enough young white so all the brothers can each have one for 3 or 6 months or so.

To ignore the role that race played in this, is to speak about half of the story.  We know that historically White men have constructed negative stereotypes about Black men to reduce competition, retain power, and forestall any kind of partnership between White women and Black men.  The only thing surprising about Sodini’s actions is that he did not also kill Black men, because he clearly blamed them for his inability to function.

Sodini felt emasculated because he believed the lie of the big Black penis threatening to conquer the world.  He felt that he had no place in the world any longer because the White privilege that he had come to view as a normalized social concept is changing.  He did not see the many ways in which Blacks are still under attack by Whiteness.  For Sodini the fact that Obama now lives in a place that was built by slaves, represented the ultimate reversal of fortunes.  It is simply not possible that one could ignore that race was certainly a catalyst in his actions and yet many only see the misogyny.

When he spoke of Black men having sex with White women it was from a sense of resignation.  He viewed White masculinity as diminished and therefore in his mind he was relinquishing his claim to White female bodies.  Sodini will be spoken about like a lunatic fringe killer instead of representative of the White male rage that has become so pervasive in our society.  It was the sense of entitlement that has become normalized in White men that is problematic.

White women and people of color are routinely referred to as angry and castrating and yet the violence of White men is always viewed as an anomaly.  Limbaugh recently referred to Obama as an angry Black man for daring initially to speak truth to power regarding the Gates incident, however the ways in which White men use hate speech and violence to maintain their underserved privilege is never seen for what it truly is – fear and anger run amok.

Sodini may be only one man but his body represents much of the anger that White men are currently experiencing at the thought that power dynamics could possibly change.  Some may not go as far as to murder innocent people, however just as one would not turn your back on a wounded animal, so to is it dangerous to take the threat that they pose lightly.  This is not about how Sodini felt as man but specifically how he identified as a White man.