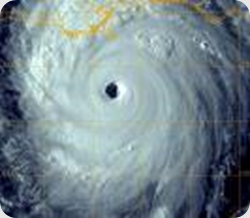 On August 29, 2005 Hurricane Katrina hit New Orleans. It ravaged the Gulf Coast from central Florida to Texas. New Orleans was the most affected due to the levees breaking. Many evacuated before the storm hit landfall, however; those unable or unwilling to leave waited out the storm in their homes or in what was known as the place of last resort, the Super Dome. The water lingered for weeks because 80% of the city was flooded.

When former President George W. Bush looked back on this horrific natural disaster, at the end of his term, he spoke of how effectively the residents of New Orleans had been evacuated, however; it is certain, that the 1,836 dead would have had a different opinion, had they still been alive to tell their stories. Not only was Katrina a massive display of incompetence, it revealed the race and class divide, that has become a part of life in America to the world.

When one leads a hand to mouth existence, even though life and death may depend upon evacuation, it may simply be impossible to leave. Hurricane Katrina happened at the end of the month and those that are dependent upon governmental subsidies like welfare would have been at the end of their resources. Assuming that they had a vehicle to leave in; how were they going to pay for an extended stay in a hotel and food? Quite often, motel owners will raise their rates, when they know that a large number of people will be seeking shelter. The law of supply and demand does not take into account human lives.

The nation watched in horror, as it became evident that those swimming for their lives were largely Black. This was not the dream that Martin spoke of, where is the long awaited mountaintop? Even the reporting on Hurricane Katrina was largely tinged with racism, as Blacks were accused of looting, while Whites were merely forging for supplies. All of the major news outlets were there broadcasting in solemn tones about the human tragedy and yet no one bother to report on the murders of Blacks in Algiers Point. Anyone stumbling into that area risked being shot, as White vigilantes strove to protect what they deemed to be theirs. In a documentary on this event, two members of the community stated:

“It was great!” said one vigilante. “It was like pheasant season in South Dakota, if it moved you shot it ... I am not longer a Yankee.”

A woman responded, “He understands the N word now. In this neighbourhood we take care of our own.”

Even amongst the vulnerable, Whiteness continued to exist with the ability to act with impunity. No investigation was launched by the state regarding the shooting of Blacks, revealing that in the aftermath of Hurricane Katrina, racism continued to factor into the governments decisions on which bodies are considered valuable.

The survivors of Hurricane Katrina were housed in trailers, which were later to be revealed to be formaldehyde death boxes. The crime rate in these makeshift communities soared as residents experienced depression and desperateness. Many are just barely surviving, with no way to rebuild even the meagre homes they once had. Construction in New Orleans is well underway, with planners ensuring that not only would the aftermath of Hurricane Katrina reveal a changed landscape but a radically different population density, by failing to rebuild affordable housing. Many who initially felt sympathy for the survivors, now display a shocking lack of empathy, as they fail to grasp that the same cycle of poverty that prevented the survivors from leaving years ago, now subjects them to sub standard living conditions.

Hurricane Katrina still haunts the United States because no lessons were learned despite the size of the tragedy. After the civil rights movement ended, many were content to believe that the disparity due to racism was a thing of the past and yet the inner cities told a different tale. Blacks have loudly argued that racism is a systemic force, that continues to affect every aspect of their lives and yet silence is the response from Whiteness. Hurricane Katrina arrived to devastate the Gulf Coast and there could be no denying which bodies lived in privilege and yet years later, African Americans are still accused of playing the race card, being overly sensitive, and holding on to the past.

Since then, Obama has been elected as the first African American president and yet there have been no fundamental changes to the system. Far too many Blacks are purposefully under educated, which sets them up for a lifetime of poverty. Police violence against bodies of color has escalated, as Whiteness fights a battle to maintain its power. If a natural disaster were to happen in another large urban center, the same result would occur because the social hierarchy continues to exist. The capitalist system of exchange further ensures that those that are of color lack the means to be able to pull themselves out of poverty. We have simply resolved to continue on this path, though it has been revealed in real and startling ways, how devastating it can be to those that own the status of “other”.