Child brides can’t be abandoned to their fate 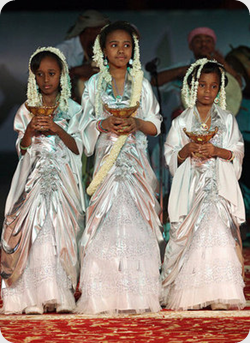 In recent years there has been growing awareness of the ways in which early marriage can be detrimental to the lives of women. Feminists are continually derided for describing patriarchy as a system that acts in real and systemic ways, but there can be no greater proof of its catastrophic effects than underage marriage. Despite the sure knowledge that child marriage leads to early pregnancy, which often results in fistula, early death and poverty, the practice continues to occur across the globe. On the continent of Africa, for example, child marriage continues to be an issue.

In Niger, three quarters of young girls will be married before the age of eighteen. A girl is raised to understand that her destiny is to marry and produce children. Education is seen as a waste because whatever girls do in life will only profit the household of her husband’s family. Ninety percent of Niger’s women are illiterate and without education, and they have no chance to end the vicious cycle of poverty. This legacy is then passed to their children, who are married before their time, thus maintaining a continual cycle of ignorance.

The birthrate is extremely high, with the national average being eight children per woman. According to the United Nations Population Fund:

“Girls younger than 15 are five times more likely to die in childbirth than women in their 20s, and pregnancy is the leading cause of death worldwide for women ages 15 to 19. Adolescent childbirth is dangerous for the infant as well as the mother. The underdeveloped bodies of girls can lead to complications during childbirth and the death of the child. Infants born to adolescent mothers are much more likely to die than those born to women in their 20s”

There is an insistence that Western culture has infected the young with a rabid form of sexuality and therefore, as a way of controlling this behaviour, many believe that child marriage is unavoidable. In the past, men would wait until girls reached the age of majority before initiating sex, yet today child brides are forced into intimacy as young as twelve or thirteen, if not younger. The virginity of a woman is highly prized and it is considered shameful for a woman to be pregnant outside of wedlock. Child marriage is considered to reduce the risk of this shame and thus, family honour is placed above the best interest of girls.