Don’t Get The Black Church Twisted 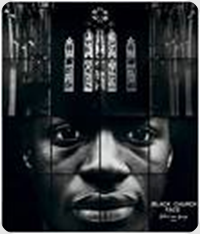 The Black church is often spoken of as though it is a huge monolith, that is not divided by denomination.  It is assumed that the Black church necessarily means Christian, though Blacks have embraced many different faiths.  For the purposes of this conversation, though I acknowledge the differing ways in which Blacks practice religion, I am going to focus on different Christian denominations.  As part of disclosure, I will admit that I was raised in both the Pentecostal and Seventh Day Adventist faith.  Today I would best be described as believing in God, without any particular allegiance to any one denomination.  I am not a church goer, or a regular reader of the bible.

The Black church that we recognize today as representative of Christian believers, had its creation in the time of slavery.  It was introduced by White slave masters as a method of keeping the slaves docile.  The bible is filled with messages like render unto Cesar what is Caesars, as well as promoting the idea that suffering on earth is natural and that all we be rewarded in the great hereafter.  As a tool of submission, Christianity has had remarkable results. What the White slave masters did not envision, is that the Black church would ultimately become an institution that promoted community, which encouraged its members to speak truth to power.  It is not at all accidental that many of our greatest leaders have had their start in the church.

Today, we do have the sell outs like Creflo Dollar, Donnie Mcklurken, Bishop Eddie long, Bishop Harry Jackson, Gregory Daniels (Mr., If the Klan was against same sex marriage, I would ride with the KKK), Bernice King and T.D Jakes.  From their pulpit they do not speak messages of love and tolerance, but instead use their power for personal gain.  They sit in their thrones (read: megachurches) and prey upon the ignorance and fear of others.

They push the prosperity gospel, which has its basis in meritocracy, i.e. if you are poor then you have displeased God and if you are wealthy then conversely God is rewarding you with riches.  This serves to justify many of the criminal actions that have occurred due to capitalism, as well as diminish the role that systemic racism, homophobia, transphobia and sexism play in keeping certain members of the population in poverty.  This single guiding principal has also been used for justification for seeking political power.  It is not God that is the driving force behind these ordained ministers, but a desire to exercise power in its most coercive format.

These ministers do not care about humility, or about speaking to the poorest amongst us.  A visit to a megachurch on Sunday involves dressing like you are attending the Academy Awards. These ministers preach the so-called gospel in thousand dollar suits, forgetting that it is easier for a camel to pass through the eye of a needle than for a rich man to enter the kingdom of heaven.  They have become disconnected from their flock and I am quite certain that Jesus who was a rebel in him time, would not recognize these so-called messengers of God as spreading his message.  These ministers are fundamentalist in the same way that Pat Buchanan and Reverend Lou Sheldon are.  That these aforementioned self concerned Black ministers have become conflated with the identity of the Black church is representative of the ways in which we silence voices to privilege those that seek to assert norms.

Bishop Yvette Flunder, Reverend Al Sharpton, Reverend Joseph Lowery, Reverend Peter Gomes,  Bishop Desmond Tu Tu, Reverend Jeremiah Wright, Bishop Carlton Pearson, Michael Eric Dyson (yes he is an ordained minister), Dr. Cornell West etc., daily speak out for those that cannot.  They speak truth to power, with the conviction that it is our moral obligation to fight the systems that seek to divide us from each other, so that a small circle of men may live in opulence.  While the above clergy are recognized in their own right, seldom are their names factored into the equation when conversations about the Black church occur.

When the GLBT community rails against the homophobia of the Black church, they forget about the members that have repeatedly spoken in favour of gay rights or are gay themselves.  In this way, they are able to paint the Black church and all Black people  as a monolith of hatred.  The voices of intolerance are loud and overbearing, thus making it easier for those who speak about community and love to be ignored.   Just as the GLBT community is a microcosm of the larger society, so to is the Black church.  It is simplistic and reductive to deny that there is a  difference between the fundamentalists and the liberation fighters.

The belief in God or even organized religion does not necessarily mean bigotry and hatred.  The church in its various layers of organization has sustained the Black community through slavery, Jim Crow, the civil rights movement and into this very day.  When Blacks could not publicly gather for anything beyond worship, the Church was the place where we gained the community that was denied us. I believe it is important to acknowledge the imperfect nature of the Black church as an institution, as no social organization is perfect, however; while we are claiming faults, we should also recognize the ways in which the Black church is seeking to bring about change for all members of society in the tradition in which it was founded.  Black people do not operate with a hive mind and to reduce us in this manner,  once again ignores our contributions.