In Canada, medical marijuana can get you sentenced to 7 days in bed 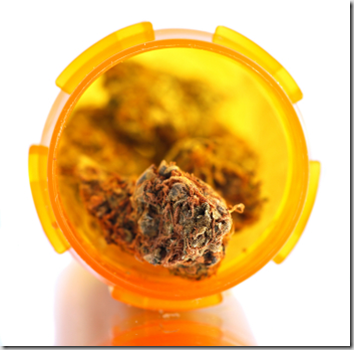 Differently abled adults are often treated like children, because it is assumed that they have a diminished mental capacity. The inability to complete certain tasks because the world has been designed to privilege certain bodies means that often the differently abled are at the mercy of their caregivers, reducing their ability to act independently. Dependency, meanwhile, often leads to situations of abuse which rarely receive media or police attention, because the victim is either unable to advocate on their own behalf or has been purposefully blocked from taking action.

According to CHBC news, Nyle Nagy is a resident of Brookhaven care home in Kelowna, British Columbia, Canada. Due to Multiple Sclerosis, Nagy has full body paralysis. To manage his MS, Nagy smokes medical marijuana. The home in which he resides has determined that such behaviour is inappropriate, though treatment was prescribed by a licensed Canadian doctor. In their effort to control his behaviour, they seized his medication and his motorized wheelchair.

“She sent two men over here to take my wheelchair and tell me that I’ve got to stay in this chair for seven days, as a punishment”, Nagy told the TV crew. “To get rid of my pain and my spasms, that’s the only two reasons I smoke it” said Nagy, who has a license from the Canadian government to smoke marijuana.

Brookhaven declined to comment on the situation so far, except to say that Nagy was under a doctor’s care.

Nagy’s condition leaves him vulnerable to abuse by those that are charged with ensuring that he has a decent standard of living. He is not a child to be grounded and Brookhaven is purposefully infantilizing him, all because they disagree with the medical decision that he made in conjunction with his doctor