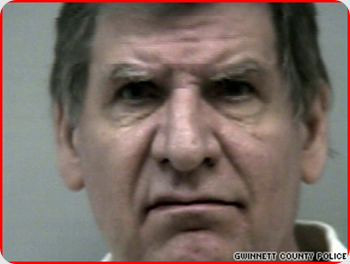 Sonya Matthews was shopping with her two year old daughter Paige, at a Walmart in Georgia.  Paige was crying and irritable, when 61 year old Roger Stevens approached the pair.  “If you don't shut the baby up, I will shut her up for you,” he said.  Before she could stop him, he grabbed the child and slapped her 4-5 times across the face.   Stevens then turned to the mother and said, “See, I told you I would shut her up." He has been charged with  first-degree cruelty to children.

I am sure that reading about this incident was alarming to many.  The very idea, that a stranger could so easily assault a child for crying, is absolutely horrific.  I am positive, that had this happened to one of my children, my response would have been swift and violent.

Part of the shock of this story, is that the assault was perpetrated by a stranger.  How different would the reaction to this incident have been, had it been the mother that decided to slap the girl?  Many would have seen it as a disciplinary action, rather than a case of chid abuse.   Unlike adults, children are deemed not to exist with the right to live lives free of violence.  Unless it is extreme, we don’t consider it abusive and therefore, we refuse to accept that any violence regardless of the reason is wrong.

If one adult were to slap another, we would have no problem understanding that this situation was not only inherently violent but wrong, however; when it comes to children because of their lack of social power, the situation is often read quite differently.  Children have few voices to advocate on their behalf and even those who regularly comment on family values, fail to actually put the best interest of the child first.

No child, no matter how loved, is going to go through childhood without making a mistake.  Growing is a learning process and therefore, to resort to physical violence when we are aware of behavioural issues that come with childhood, is wrong.  Even adults make mistakes and yet we hold children to such a different standard.

When we slap them or are emotionally abusive with them, all that we are teaching them is that might equals right.   Children that are slapped have no issue with slapping a child that is smaller than them because they have learned from adults, that if one has the size advantage, it is perfectly acceptable to lash out violently.

Hitting a child does not teach them why the action that they took was wrong.  All that they learn is that violence is acceptable and coupled with the violent images that they regularly see on television, is it any wonder that we have the high crime rate that we do?  They don’t learn respect through violence, they learn fear.  I am not the perfect mother but I love and respect my little boys enough to know, that they deserve to live without violence and fear.  If we truly valued children as a society, we would make sure that this was the experience of all children.