I was informed by a certain Gus, that RMJ from Deeply Problematic had engaged in a terrible shame.  Of course you know that Gus AKA Allison McCarthy threw poor RMJ under the bus,  to avoid another week of 18 point font.   Instead of calling RMJ out, I gave her the opportunity to share her shame with everyone.

I didn’t intend to become a Britney Spears fan, I really didn’t. I
abhorred her in middle school. Her music was fake – she barely sang
her songs, and her voice was far from the main attraction. Her main
appeal was her body /beauty, a trait she capitalized on shamelessly.
She’s inauthentic in every sense. 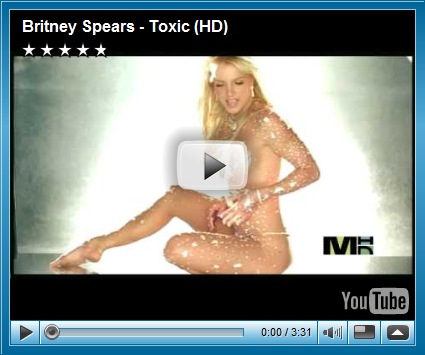 But then one day “Toxic” came on the radio. And damnit, that beat! The
instrumentals! The construction! It made me move, and made me want
more. Soon after that I burned a copy of her Greatest Hits from a
friend. Then I made some of her songs my signature at karaoke. And
being a gossip hound (that’s a whole other Sunday Shame) I watched her
have babies and get a divorce.

But I wasn’t really a fan – it was more of a firm affection. Even
though I had to admit her songs were catchy, even as I shook my ass to
“…Baby One More Time”, I could still main an ironic distance.
Then Blackout came out.

Folks, that CD practically did not leave my car player for months.
“Gimme More”, “Piece of Me”, “Radar”, “Toy Soldiers”… I could go on,
but I’ll spare you. Just when Blackout started to skip from
being over-played, Circus came out, and that was equally
awesome. I don’t really understand how anyone could dislike the song
Circus:

The culmination came last Saturday, when I attended her concert, the
fella (willingly) in tow. This is the true mark of how awesome Britney
is and also how much I’ve played her – he values authenticity in music
above all. But, he enjoys a good pop beat, and he owed me. I’ve been
to dozens and dozens of Widespread Panic, Phish, New
Riders of the Purple Sage, and other hippie-type shows where
AutoTune is a curse-word, so this was quite a change for us.

Did we have fun?

We had a BLAST.

I danced and sang along to every single song, enjoying the airplane
bottles I snuck in in a box of tampons, and WHOOO-ing where
appropriate. My companion was not quite so enthusiastic, but it was
(literally) a breath of fresh air from the usual hippie crowd, and he
was able to make a lot of fun out of it.

The highlights of the show were definitely when she actually sang
live. But that only increased my shame – where else would I be so
excited about a performer singing live…at a live event?
I’m sorry. I know she’s super problematic.  There were a LOT of
shameful elements of the show – I mean, it’s supposed to be a damn
circus. What’s less politically correct than a circus? But come
on…she’s so fun to dance to!

So, fess up, Womanist Musings readers. What is your shameful (or
non-shameful) pop music pleasure? Christina Aguilera? Cher? Madonna?
New Kids on the Block? The Backstreet Boys?