What Would We Do Without White Privilege?

I have a few posts up regarding a racist Winnipeg mother that decided to send her child to school wearing a swastika.   Though it is an older post, a commenter named Proud_Patriot decided to leave the following commentary.

I hear this "White privilege" term tossed hither and thither. Where is this "White privilege" I hear of so much? All I see is non-whites put on pedestals, there are special commemorations and dates assigned to this Black person and that group of non-whites.The vitriol from those that hate White history, accomplishment, and White culture are astounding. You live in and enjoy a country settled by Whites. You can thank your higher standard of living, education, technological amenities, safer and cleaner streets ,and neighborhoods to the White race. The darker the demographic in your area grows, the less safe (example: your inner-cities). If Canada becomes a full-on, significant majority non-white country, you'll wish you had "White privilege" running things on high I assure you. Don't take my word for it, wait and see what happens. 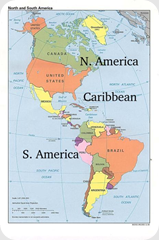 What would we have done had Whiteness not colonized the Americas, while in the process nearly eradicating our Native American citizens?  Those of us that are of color should bow down at the feet of Whiteness because heavens knows we have never ever contributed anything to society except too many babies and a high crime rate.  We will just ignore the fact that the inner cities were created by White flight and that they are largely populated with poor.  Gee, a little thing like income disparity and racism have nothing at all to do with elevated crime rates …we darkies were just born bad.

I would also like to know about the special commerative days dedicated to POC in Canada because other than Black history month I cannot think of any.  All of our holidays ether celebrate colonization, (Canada Day and Thanksgiving Day)  traditional British holidays, (Boxing day, Victoria Day), or Judeo Christian remembrances, (Easter and Christmas).  You will note that Black history month is NOT considered a holiday, furthermore; it is a necessity because Whiteness refuses to be inclusive.

We can also thank Whiteness for turning many so-called third world nations into banana republics to serve the western consumer culture.  Many of those wonderful technologies and privileges are produced by slave and or child labour.  Wonderful western corporations move to third world nations and pollute the environment, due to lax laws, forgetting that the earth is an ecosystem.  The ones closest to the pollution are bodies of color but since we 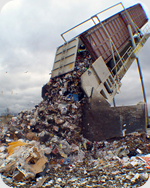 don’t matter anyway, why bother to get upset.

In Canada, like in any other western nation, two things go together, dumps and poor communities of color.  The rich have the money to lobby and assure that their parks and neighbourhoods are spotless, while people of color must deal with the noxious fumes and rats that go with dumps.

It’s interesting that those that want to celebrate Whiteness, are seldom first in line  to acknowledge its faults.  For some reason, it is deemed offensive to acknowledge that many gains have been made on the backs of POC.   It is further insulting that while in the process of taking ownership of every so called advancement, the inventions and contributions of POC are decidedly erased.  Who cares if Blacks are responsible for the following: typewriter, traffic light, thermostat control, spark plug, stethoscope, stove, peanut butter, motor, refrigerator, mail box, air conditioning unit, almanac,  blood plasma bag, cellular phone, biscuit cutter,  auto cut-off switch,  egg beater, door knob, dust pan, fire extinguisher, fire escape ladder, ice cream scooper, ironing board, gas mask, fountain pen, folding chair, pencil sharpener, lawn sprinkler, lantern, lock, clothes dryer, baby buggy, horse shoe, and the key chain.  This list does not include all of the inventions of Blacks, it merely stands as an example of the ways in which the contributions of Blacks have benefitted our daily lives.

Asian Inventors have created: paper money, the PC sound card, PlayStation game device, hypodermic needle, flamethrower, canal locks, cartography, irrigation canals, seismometer, collapsible umbrella, and the satellite.  Once again this list is by no means exhaustive but it stands as a representation of some of the products created by Asians that have changed our world.

Considering that Whiteness has constructed people of color as backward and useless, it is interesting that Whiteness  has had no problems using our inventions to make life more comfortable.  The above list only shows products and excludes the many cultural enhancements that we have brought to music, art, and writing, it further does not describe the various ways in which our

cultures have been colonized. How many are sick of seeing a White woman in a kimono, with chopsticks in her hair, or White men acting like they are straight out of a rap video?

Whiteness continues to present a biased view of bodies of color to ensure that we remain secondary citizens.   Purposefully ignoring our work or outright theft, (ask Little Richard) has been standard operating procedure.  It has caused many of us to doubt our value, underachieve and internalize racist connotations.  Protestations like that given by the Proud_Patriot, are nothing but a weak attempt to protect undeserved White privilege.  If Whiteness were perfect in its inception there would be need to create systems that are specifically designed to minimize POC.  I suspect that it is the very possibility that Whiteness is not naturally fit to lead, that produces fear driven protestations and false reasoning.

Editors Note: Please accept my apologies for referring to Christmas and Easter as Judeo Christian holidays. It was not my intent to be offensive. I simply used the term because that is how I was raised to view all religious based holidays however I can see the ways in which this terms makes incorrect assumptions.