What’s A Little Nudity Between Friends: Racism In The Fashion World

The following images are from the September issue of Numéro. They were shot by Greg Kadel. 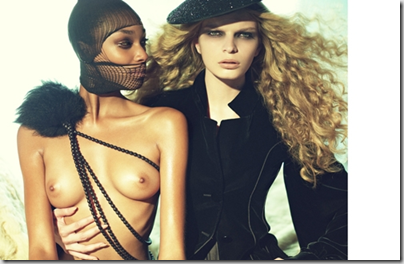 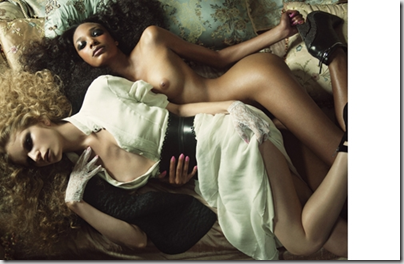 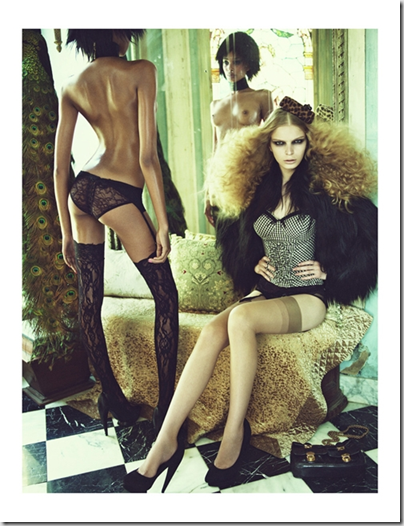 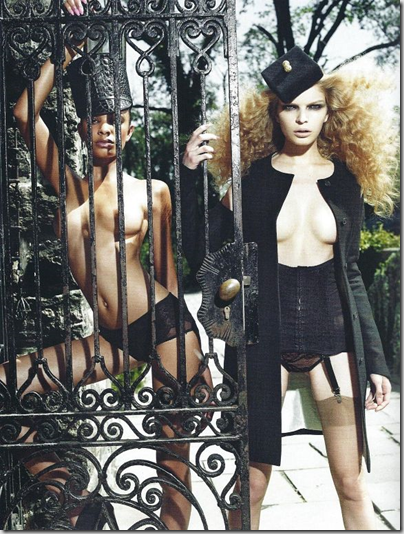 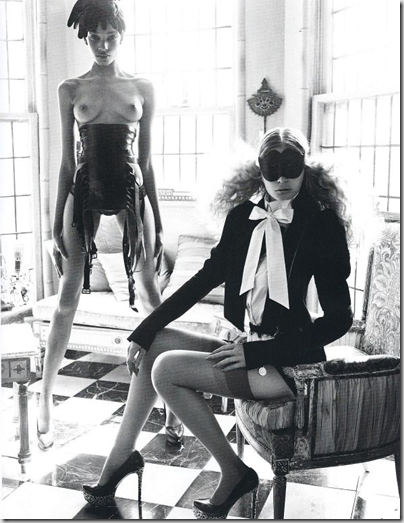 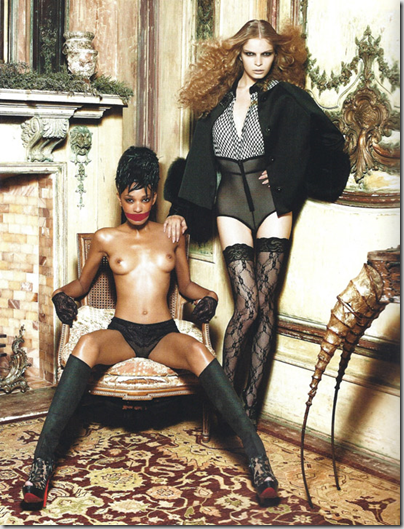 Oddly enough, this spread is entitled Best Friends.  It would seem to be a reflection of the power differential between Black women and White women.  In each photo the Black woman's body is exposed for the consumption of the viewer whereas the White woman is covered.   When the Black female slave was introduced to the western world, much of the pathological hatred of women was specifically aimed at her, while the White woman was then constructed as virtuous, sexless, and helpless.  The recreated vision of White femininity was indeed harmful to White women, however; it did not approach the debasement that was regularly reserved for Black women.

It would seem that Black women and White women should be natural allies because we both face sexism, however; the ability to use racism to oppress Black women has been a constant wedge between us.  As is often the case, White women oppress because they have been taught within our system of hierarchy that this is the ultimate path to power.  The above photos accurately displays this dynamic and plays upon the difficult relationship that occurs between women of different races.

What does it say that Kadel, who is a White man, is the one who took these images?  How do they reinforce the negative interaction between White Women and Black women, which are largely the result of the ways in which both have been constructed by White masculinity?  A search of his work reveals that he has photographed few women of color and their invisibility is indeed problematic.  Why at this specific juncture did Kadel decide that the  submissive Black female had to reveal herself? Her mouth is bound and it is clear that she is awaiting instruction, rather than acting with a form of implicit agency.  This image is purposeful in that it is his creation and therefore, he specifically chose who would be offered for consumption and on what terms.

In each photograph the breast of the Black woman is visible.  She is not in a position to deny us access and this can be linked to the fetishization of the Black female body.  The breasts nurtures and is at the same time a place of sexual desire; it is constantly the service of others.  That Kadel would offer us her breast, speaks of the position he holds within our culture.  White men may take without asking, as the victor in the game of social hierarchy, while women are universally reduced to the spoils.