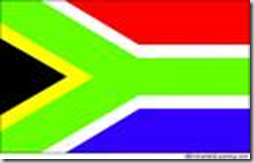 Brandon Huntley from Cape Town South Africa applied for and was given refugee status in Canada.  He reports that he was attacked seven times and stabbed three times during muggings from Black South Africans.

He claimed he was called a "white dog" and a "settler" by black people in a reference to South Africa's colonial and apartheid past.

The Ottawa Sun newspaper reported that the immigration board last Thursday granted him refugee status allowing him to stay in Canada.

"I find that the claimant would stand out like a 'sore thumb' due to his colour in any part of the country," tribunal panel chair William Davis was quoted as saying.

Speaking about black on white violence in South Africa, Mr Huntley said: "There's a hatred of what we did to them and it's all about the colour of your skin."

I find Huntley’s claims of persecution to be doubtful.  It is known that some Whites in South Africa suffer persecution, however; it is in relation to their class rather than their race background.  Even though apartheid has ended in South Africa and there is a growing Black elite, the majority of people of color still live in segregated shanty houses without electricity or running water.  The end of apartheid did not automatically bring an end to racism and White privilege in South Africa.

Of course wherever Huntley went his race would be a factor because of a Black majority and a White minority, however; this does not erase the fact that Whiteness still lives with large amounts of power relative to Blacks.   All of the major industries are still run by Whiteness.

I don’t take issue with someone who is persecuted gaining access to this country and in fact I don’t really believe in borders.  My issue is with the fact that the Canadian government was not anxious to let Blacks into the country when the government was murdering children in Soweto.   They may have restricted trade with South Africa but its Blacks where not something that the Canadian government wanted tarnishing the great White north.  It is even more troubling to note, that even though they were not given refugee status, Canada was more than happy to welcome White South Africans who were fleeing the end of apartheid in fear of retribution. 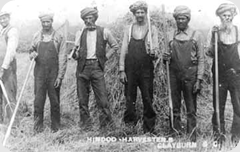 The Canadian government has never been anxious to encourage anyone of color or otherwise deemed “other” due to religion, to enter the country.  In 1908 the Canadian government issued an order-in-council, which required all Indian immigrants to journey from India, to their point of entry without a stop over anywhere.  Today this would be possible but then it was extremely difficult. This was specifically designed to keep out Indian immigrants, even though they were part of the British commonwealth.  The argument was presented that the climate was too cold for Indian citizens, even though it was based in a clear desire to keep Canada White.  In 1914 a ship called the Komagata Maru, arrived from India carrying 376 passengers.  They were kept in limbo for weeks with little food and water.  When they were finally forced to return to India they were all killed.

Canada also did not rush to allow Jewish people into the country despite the persecution of Nazi Germany.  Despite a vicious war that was fought, Canada still did not learn why devaluing people based in race was an issue.  In the post WWII era the government actively sought what it deemed would  neither “alter the fundamental character of Canadian society, nor exceed Canada’s ‘absorptive’ capacity”.  This means that even the Germans and Italians that were once considered the enemy, were quickly invited to immigrate.

By allowing Brandon Huntley into the country, all that the government is doing is replaying a history of privileging Whiteness in our immigration endeavours.  We may hold ourselves up as the great bastion of freedom and equality, however; from previous history, it is clear that the Canadian government is only interested in promoting Whiteness.  The more that the government can keep immigration focused on promoting Whiteness, the greater chance that Canada’s population will favour Whiteness.  They don’t call Canada the Great White North for nothing.