Women and Undocumented Workers get Sold Down the Healthcare River 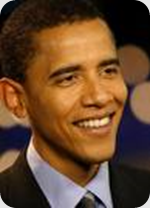 President Obama addressed the nation last night regarding his much debated healthcare reform plan. Obama has never made it a secret that politically he is a centrist, even though the right wing has tried desperately to paint him as socialist, a Nazi, or a communist worthy of Lenin.  Anyone who has ever read the propaganda produced during the Nazi era or the writings of Lenin could never seriously confuse his pro-capitalist, centrist position, with either communism or fascism.

So eager is Obama to institute his plan, that he is  willingly throwing undocumented workers and women under the bus.  A self respecting communist would fight for the two aforementioned groups because of the social marginalization that they face.

There are also those who claim that our reform effort will insure illegal immigrants. This, too, is false – the reforms I’m proposing would not apply to those who are here illegally. And one more misunderstanding I want to clear up – under our plan, no federal dollars will be used to fund abortions, and federal conscience laws will remain in place.

It is interesting that the US is more than willing to profit from the labour of undocumented workers but is unwilling to pay when they get sick. Borders are a man made construction that often serve as a mechanism of exploitation.  First their home countries are impoverished through unfair trade agreements and then when they leave to try and improve their life chances, they are penalized.

The Republicans have falsely constructed  undocumented workers as existing with a high rate of violence and as drains upon the system.  They have used racism as the foundation of attack.  Undocumented workers are constructed as lazy or as stealing American jobs.  Many attempt to suggest that they are depressing American wages.  I would like to know how many Americans are lining up to die in the thick heat, picking vegetables for a pittance?  Even if these jobs paid more, the lack of prestige associated with them would ensure that they would be amongst the least sought after jobs, leaving agribusiness unable to function.

In what was decidedly a pointed appeal, to those that seek to devalue human life for the purposes of profit, Obama announced that healthcare would not cover “illegal immigrants.”  It is further disturbing, that even as he spoke of denying them health care, cementing their state as “other” in the social conscience, he could not even bother to refer to them in a respectful manner.

Undocumented workers were not the only group of people to learn that healthcare would not cover their needs last night. Obama confirmed that abortions would not be covered in his healthcare plan.  He wanted to give healthcare workers the  opportunity to utilize their conscience.  Can you imagine the President announcing that a medical procedure for men, that was perfectly legal, would not be covered under health care? Can there be anymore proof of the fact that women's lives are devalued by patriarchy?  This further punishes poor women for being impoverished and having sex.

This so-called moral clause is nothing but patriarchy exercising its control over women’s bodies.  The conservatives may not have been able to overturn Roe vs Wade, however; they have made great strides in reducing access to the point that in some areas women are completely unable to procure an abortion, or they must go through extreme measures. Obama claims to support a woman's right to choose, however; by not including abortion coverage, he is assuring that some will not have that right.  This is a centrist in action.  You cannot stand for good and for change, when you are pandering to the right wing, which seeks only to maintain the status quo.