Chris Rock’s “Good Hair” is having a bad day 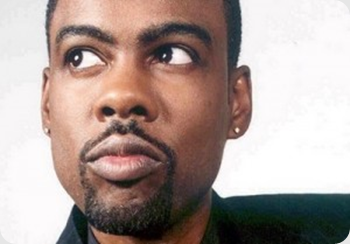 Chris Rock was driving his daughter and her friend home, when his child began to comment on how nice the little White girl’s hair was. On “The View,” Rock stated that he has made a conscious to tell his children that they are beautiful and he was therefore troubled to hear his child’s fascination with White hair. In a desire to discover where the characterization of White hair as good hair originated, he decided to research Black hair. This research became the newly released documentary, “Good Hair.”

In conversations with Black celebrities like Dr. Maya Angelou, Nia Long, Ice T, Raven Symone and the Reverend Al Sharpton, Rock attempted to discuss how Black women feel about their hair. With the exception of one actress, each woman presented either wore a weave or had her hair relaxed. This gives the impression that Black women do not embrace their natural hair, thus perpetuating the idea that we are forever envious of White women. In a world in which beauty is conceived of as a specifically female power, investing White women with the sole ability to marshal said power is deeply problematic.

Casting Black women as envious of White women serves patriarchy and the White supremacist state. In “Good Hair,” Dr. Maya Angelou commented that “hair is a woman’s crowning beauty.” If Black hair is forever considered unfeminine, it cements the social understanding of Black women as “other.” If Black women cannot be understood as women, they are necessarily unrapeable, easy to stereotype as hyper sexual, angry and ugly.

In “Good Hair,” it was suggested that Black women are seeking the idealized attributes of White women and therefore the chase in and of itself, is confirmation that we (read: Black women), affirm our second class standing. One does not seek change, if the present form is acceptable and loved.