When we acknowledge that women should have autonomy over their bodies, there is always the assumption that we are advocating abortion.  Choice means exactly that.  Women can choose between continuing with a pregnancy or ending it.  Choice does not always end in abortion but it does mean that every child that is born is a wanted child. 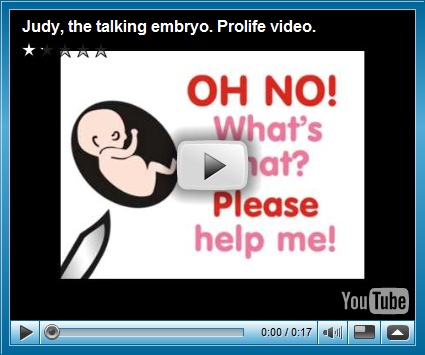 Judy the embryo would have us believe that choice kills without ever questioning how many babies are born each day in areas in which women have the ability to choose.  It leads one to believe that women never choose to give birth or that the decision to have an abortion is an easy one.  Having an abortion is quite possibly the most difficult decision a woman will make and to suggest that it is done lightly, is to once again devalue female agency.  Women know what  is at stake and that is why choice is imperative.

Pro lifers like to frame the debate as only choosing abortion when women are given the option because this suits their agenda of infantalizing women, while at the same time legitimizing their desire to control female bodies. We only choose to limit the agency of those we devalue. 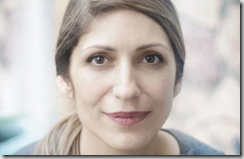 This frame of thought is reinforced when women like Irene Vilar publicise their abortion stories.  Vilar is now the mother of two but has recently written a tell all book entitled Impossible Motherhood, in which she reveals having had 15 abortions.  She has written about a very troubled background which includes addiction.

Vilar says that she has an addiction and that her actions were a reflection of an illness rather than a manifestation of her stance on abortion and choice.  For her, abortion was a form of self-mutilation.

Women have a deep need for agency, for purpose and direction and society is not providing natural and healthy channels for creative action.

In school and on TV, every message I get is what I am doing as a mother or wife is wrong. I should be thinking about a profession and not mothering. Everyone is having babies, and yet they don't want to care for them.

Are many of the repeat abortions in part an embodiment of this mixed message? A lost, ambivalent attempt at an act of agency that cannot find its proper vessel?

This is a really important point because even though the decision to carry a pregnancy to term is an individual choice, there are many different factors that influence this decision.  Vilar did not become pregnant on her own and yet we do not hold her husband accountable for his reproduction.  Judgement is placed on the woman because only female bodies can become pregnant. What about the doctors that repeatedly performed this procedure?  Did they not at some point have a responsibility to recognize a cry for help?

Though Vilar does not want to be included in the abortion to debate, by making her story public there will be a rush to judgement. Do we understand her life through the lens of women's’ reproductive choice or do we look at this as a mental health issue and can the two even be divorced from each other?  At what point do we consider the historical ineptness when it comes to validating those that are considered mentally ill and their reproductive choices. Children have been forcibly removed from homes and women have been sterilized against their will.

If we support choice, is there a point when the sheer number of abortions out weighs the support we feel we  owe to all women vis a vis bodily autonomy? Vilar’s story teaches us that even though we may believe that choice is a simply binary, there are many factors that must be considered.  Had choice not been available would she have chosen dangerous back alley abortions?  Would we feel socially better, if she had died in such a procedure rather than undergo repeated abortions?  What does that say about how much we value Vilar’s life?  One cannot possibly think about her life without walking away with many questions.  The very fact that we must question reaffirms that choice is never simple, only the reduction of women to baby producers is.