Don’t Let A Girl Beat You 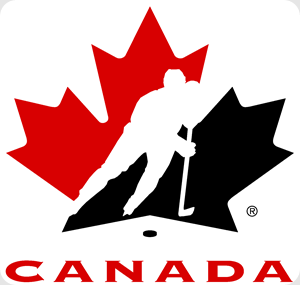 Like many Canadian mothers, I am currently attending hockey games twice a week.  Much to the unhusbands chagrin Destruction is playing for the Niagara Falls, Senators…Being a leaf fan I know this burns him to his toes.  Each game he has to yell lets go Senators.

The league that Destruction plays for is co-ed.  This is something that I really love because it teaches kids to focus on the basic skills of the game.   On his team, there are two girls and one plays forward.  She is extremely fast and has pretty good stick handling skills.   Last night as I froze watching the game, I heard one of the boys yell, “go get the puck don’t get beat by a girl”. All the mothers watching yelled hey and encouraged the young girl to play hard. There was very little male rebuke for this commentary.

We are talking about a league of 8-10 year olds.  Already they have determined at this age that being beaten by a girl is a sign of a lack of masculinity.  It did not occur to these boys, that the girl in question was a better player than the both of them.  These young boys have already learned that they exist with undeserved male privilege.

Children grow hearing phrases like, throw like a girl or cry like a girl and then we wonder why it is that the feminine is so devalued.  We teach  our children sexism, the same way that we teach them to read or write.  In the actions of our youth we can easily read what social constructions we have normalized; if we are willing to take ownership for our actions.  Many still deny that we teach gender and yet the girls isle in the toy store is decidedly pink and filled with baby dolls.

Boys are encouraged to participate in sports because it leads to physical fitness, builds self-esteem, teaches leadership skills, and how to work as a team.  Many of the building blocks that create a responsible outgoing person are built in hockey arenas, across Canada and yet this is something that is not actively pushed for girls.  We offer them ringette.

Every Saturday many gather around to watch hockey night in Canada and seldom do we consider what a gendered event this is.  All of the players in the NHL are men. What does this say to the young women and girls watching?  Canada happens to have female Olympic hockey champions and yet only their ability to be sexy is part of the national conversation.  If we truly cared about women and girls we would want them to benefit from the skills that organized sports teaches;  instead we hear the whining about how women’s hockey is a finesse game or not as fast and physical as a mans game.  Is hockey really about fighting, and checking someone into the boards, or is it about shooting the damn puck into the net? 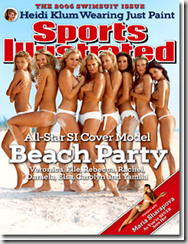 Hearing those boys concern about being beaten by a girl made me think of all the little ways in which women are encouraged not to compete.  To want more or to strive for greatness, has historically been the preserve of men and therefore from childhood we are robbing our daughters of the ability to live up to their true potential.  This extends to all sports and is not simply limited to hockey. Sports Illustrated does not have a male swimsuit edition.  Men are considered the real athletes, while women are only playing.  The real sport is male sexual titillation.

Once a woman establishes herself as an athlete her performance of femininity is even more policed.  She must constantly assure the public that she is heterosexual and willing to be submissive to a man.  If she is unwilling to adhere to this, she is constructed as an “umwoman.” How many times has the epithet tranny been thrown at cisgender athletes who do not perform passive femininity?  Athleticism is only tolerated in a woman as long as she is ready and willing to admit that regardless of her effort or skill,  that she is always and already secondary to a man.  This is in complete contrast to all of the social skills that sports teaches.

As I watch those little girls shoot at the net last night, their faces filled with exhilaration, I could not help but wonder what other lessons they were being taught.  Clearly they have parents that are liberal thinkers in terms of gender roles or they would not be there in the first place, but how long will the concept of equal participation in sports last, when eight year old boys already have the nerve to resent their presence.