Don’t Start None, Won’t Be None: Trans Woman Strikes Back

Editors Note: The following video shows a child being maced by an Adult woman. Some may consider it violence aimed at a child. 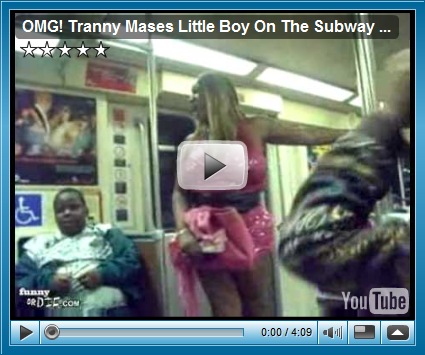 This woman was just going about her business when these children decided to show that manners was not a focus in their home.  Just before she maced the little boy, he told her to suck his balls.  I think that macing him really did go to far, but when you pick on a marginalized body, you never know when your comment will end up being the last straw.

Incidents like this are exactly why marginalized bodies die earlier.  Each day we have to put up with attacks like this and then we are expected to happily turn the other cheek.  Not everyone is going to respond peaceably.  Each time we with hold our emotions and don’t respond, it comes at a cost.  You ever wonder about high blood pressure and the relationship to stress? What I find interesting in times like this, is the near universal denouncement of the person who responds with violence and or rage.

How many times are marginalized bodies expected to turn the other cheek when they are assaulted?   Not everyone has the peaceful disposition of Martin Luther King and Ghandi.  We don’t consider that it might be a manifestation of our own privilege to demand that the person being victimized just accept their treatment. Their bodes were after all meant for abuse.

Had the kid in question never messed with the woman in the first place, he never would have ended up with mace in his eyes.  She was peaceably going about her business, when he decided that he had the right to be abusive.  This is the way it goes with this kind of abuse.  You could be having a perfectly good day when a person decides to invoke their privilege and ruin any chance you have of happiness.  If you react calmly, you might be praised for carrying yourself well under pressure but it does not teach the offender a damn thing.  I honestly believe that sometimes in life, people need to get exactly what they are looking for.