Girl 16 Gets Life Without Parole For Murdering Her Pimp 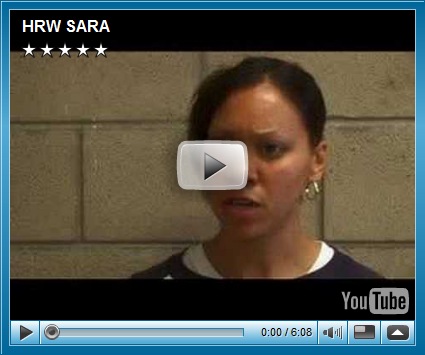 The National Center for Youth is highlighting the case of Sarah Kuzan who was sentenced to life without the possibility of parole after murdering her pimp. We know that murder is wrong but at the age of 16, can it really be said that she is unredeemable?  This was not a situation in which the power balance was equal.  The victim used his power to influence and control her.  He eventually turned her out and demanded all of the money she made from prostitution.

At 16, Sarah was very much still a child and therefore to decide that there was no possibility that she could be good contributing member of society, ignores the various ways in which we change as we move from childhood to adulthood. Sarah has repeatedly said that she is sorry for her actions and acknowledges that she deserves some kind of punishment for her actions but after ten years in prison, has she not paid enough for her actions?

One of the largest issues with the penal system is that it focuses far too much on punishment.  Reform is a secondary concern and this is compounded by the fact that the precious few who do get a second chance, are so stigmatized that they have very little opportunity of having a normal life.  The U.S has one of the highest incarceration rates in the world and this has done nothing to reduce the crime rate or recidivism.  There is no real interest in change because prisons have moved beyond their original purpose to become an industrial complex.  In some cases the entire economies of small towns are completely dependent on servicing  prisons.

Once a person is  behind bars, we cease to see them as an individual and they become their crime. Prisons further increase the chance that a person is less likely to be able to function in society.  While it is necessary to keep everyone safe, if we start from the premise that an individual has no possibility of leading a productive life, we are simply enabling the prison industrial complex.  How many buildings are going to be built to house those that we have decided to discard?  How many millions of dollars are we going to spend on housing, feeding and clothing them?

Prisoners have no voting rights, yet they are counted in the census, thus inflating the political power of the region that they are in.  This means not only more power but more money.  As politicians spin the tough on crime rhetoric, they are will aware that there are financial gains to be made from making such decision.  Prisoners form the perfect docile bodies to enable the irrational capitalist system.  Sarah is caught within a system that does not see her capabilities or her worth; it only sees a crime and a dollar sign. The man that she murdered is a victim but so is she.