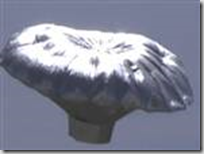 I was one of those who was duped into watching the invented Heene drama this weekend.  As a mother, my heart broke for those parents.  Never, for one moment, did I believe in the possibility that this could be a hoax.   When it was reported that something fell from the balloon, my heart instantly went out to the parents, as I thought about the pain and fear that they must have been suffering with.

When it became clear that this was simply a hoax, I was enraged.  I didn’t think about the money that was spent chasing this balloon, or even my own personal investment in this story, I thought about the cruelty of this act.  These people created a lie and encouraged their children to participate in this deception.  What are these kids learning in this home?

It seems that Heenes who twice appeared on Wife Swap, attempted this hoax in order to get a reality television show of their own.  The success of shows like Jon & Kate plus 8, 18 Kids and counting and Little People Big World, has encouraged many people to believe that this is the path to success.  Even the Gotti family had a show called Growing Up Gotti.

Reality television is far less expensive than a traditional sitcom for a network to run.  There are no writers or professional actors to hire or pay.  No elaborate sets need to be created because the backdrop is traditionally the family home. If the show is successful, the profit margin is extreme.  This is a win win for a network and often a disaster for the family that is being filmed.  Jon and Kate are the perfect example of the ways in which media exposure, can lead to a hot mess quickly.

These shows are based on voyeurism.  Instead of interacting with our communities we sit and watch families we do not know live their lives.  We then position ourselves as the guardians of morality and critique how they interact, discipline their children, and even have the nerve to question their decision to film the intimacies of their lives.  It never occurs to anyone, that if people stopped watching these shows, they would not be on the air.

It is clear that the Heene family has been caught up in the circus that is reality television.  Can we even blame them when every where we turn there is yet another drama depicting a so-called happy family taking expensive vacations and experiencing events that many can only dream of?  The unhusband and I would love to take our children to Disneyworld, in fact, it is a family dream but I am quite certain that Disney is not about to offer us a free trip.  We would also love to have our children in music classes, but if I were to hold my breath I would die before someone called and offered us a free piano.  You see we have nothing to trade, and no product placement of offer and therefore, these companies would reap nothing but gratitude from us.

Part of what compels these families to participate, is the B celebrity status and the commodities that come with opening their home to cameras.  We don’t find it interesting to watch the struggle of  poor parents in a ghetto  to provide food for their kids.  We want to see the American dream realized, even though we know that such lives are a rarity, rather than the norm.  Can we really blame the Heenes, when we have been lead to believe that this life of excess is the way that things are supposed to be?  What they did was morally wrong, but considering we don’t live in a meritocracy, the path to the streets paved with gold often begins with corruption and or exploitation. The Heenes are a reflection of the Reality TV empire we have all been too quick to embrace.