According to the Orlando Sentinel, Spike Lee is critical of Perry’s work describing, "Meet the Browns" and "House of Payne" as "coonery and buffoonery."

He has even compared Perry’s work to Amos and Andy.  Lee has always been a controversial figure, however this time he is bang on. 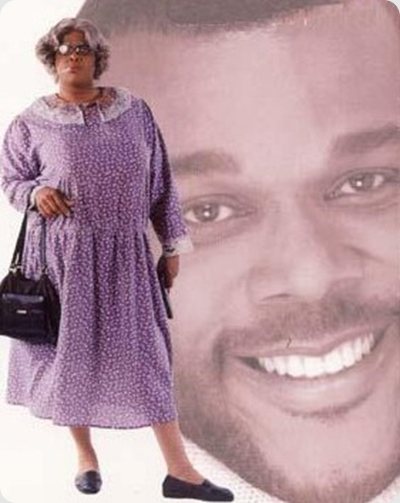 Perry is the face of coonery with his Madea character leading the way.  She is loud, ignorant, abrasive and downright ridiculous.  Her solution to dealing with problem children is to break out the belt and pray.  She is the mythical mammy that White folks think exist in every Black family.

It is one thing to show Black people doing the electric slide at a party and another to show us shucking and jiving at every turn.  Perry has responded by saying:

"You know, that pisses me off," Perry tells Byron Pitts. "It really does. Because it's so insulting. It's attitudes like that that make Hollywood think that these people do not exist and that's why there's no material speaking to them. I would love to read that to my fan base."

Black people are hungry to seem themselves reflected in mainstream media.  They are so hungry that they will eat the sand, without every realizing that the images that they are consuming are a mirage.  They eat because men like Perry tell them to and because that is all that is available.  This is not nourishment for the soul.

Perry is very resistant to any criticism of his work.  We are expected to ignore the sexism and coonery because it has a Black face behind it.   Being Black does not give you any more authority than a White person to diminish Black people. Whiteness is maintained as a powerful force through the support and collusion of people of color. While Perry is mass producing these harmful images, POC are fighting against them in an effort to get an education and jobs.  If Tyler Perry really wants to do something for Black people, he can ride off into the sunset from whence he came.