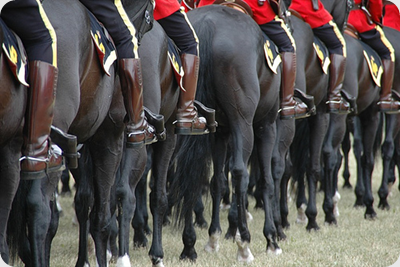 I am a bit late to this story but it certainly deserves commentary.  Once again the generosity and caring of the Canadian government must be heralded for the world to see.  It seems that the city council, in conjunction with the RCMP (Royal Canadian Mounted Police), and local business owners decided that the best way to reduce the visual presence of the homeless, was to spread a concoction of chicken feces and dirt.

According to RCMP watch:

On Aug. 14, witnesses saw City of Surrey staff pull up to the Front Room Drop In Centre in the 10600-block of 135A Street and line the building with putrid poultry manure. The desired effect was to create a smell so repugnant that it would repel vagrants who were hanging out around the building.

The dung was spread around a social services building and a park. Somehow the foul stench of feces was deemed more acceptable than homeless people.  If the city and the RCMP are so disgusted with “the homeless problem”, they should actively create programs to reduce poverty, instead of attempting to shove them off to a different location.  The homeless are not cattle to be herded, they are flesh and blood human beings.

Someone at the city clearly forgot to check in with legal on this strategy to render public property unfit for human use. It's surely illegal 10 different ways at least, violating human rights codes, the Charter of Rights and Freedoms, environmental laws, the property rights of private property owners and leaseholders, police and public employee codes of conduct, and on and on.

Clearly laws were broken in this terrible solution to the homeless problem, but the greater crime is that the city literally decided to value feces over people.  How much lower can we possibly sink than that?  The homeless are considered the underclass of our society. In some provinces we have criminalized their very existence, rather than understanding that the failure is not theirs but ours.  Canadians routinely brag about the social services that are available but the continuing presence of the homeless, serves as evidence of how much further we have to go to ensure that all of our citizens have a decent standard of living.

Many of our homeless are neurologically atypical and face revolving door treatment that leads to extended periods of living on the streets.  They are treated at hospitals until the symptoms are under control and then released.  Many then either stop taking their medication by choice, or are forced to stop taking their meds because they cannot afford them and quickly find themselves back on the streets.  How is it that smearing feces is preferable to treating someone who needs help?  Is chasing people from our vision the greatest offering of socialized medicine?

Not only are the actions of the RCMP and the local Surrey government a stain upon their community, they are a stain upon ALL Canadians.  This action is purposefully fostering anomie within the community.  It encourages citizens not to care for one another and to value aesthetics over people. If homelessness is really so disturbing that we simply cannot stand the sight of it, don’t we owe these people more than throwing a pile of shit at the problem?