This is a guest post from Monica of TransGriot 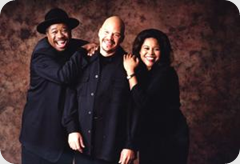 Many of you long time readers know how much I love the Tom Joyner Morning Show. 'The Fly Jock' and co host Sybil Wilkes and J. Anthony Brown have the ears of 11 million predominately African American listeners with their syndicated radio show based in Dallas.

If you want to get an idea what Black America is thinking about and what we're saying about the issues of the day, this is one place you tune in.

This story begins in 2008, when Joyner was one of the subjects for Henry Louis 'Skip' Gates latest instalment of his PBS series African American Lives II. Genealogical research on Joyner's family uncovered the story of his great-uncles Thomas and Meeks Griffin who on September 29, 1915 were executed for a crime they didn’t commit. 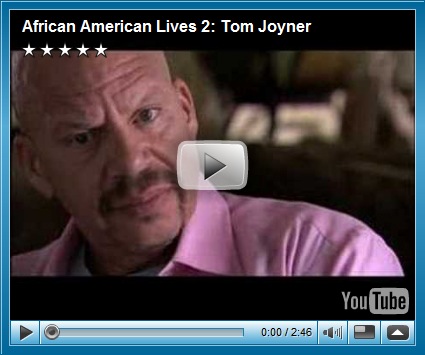 It was one a shocked Joyner didn't know about, and nether did his father Hercules.

The Griffin brothers along with Nelson Brice and John Crosby were executed for the April 24, 1913 shooting death in his home of 73 year old John Q. Lewis, a wealthy Confederate veteran living in a town 40 miles north of Columbia, SC.

Lewis was apparently having an intimate relationship with a married 22-year-old Black woman named Anna Davis. Suspicion initially turned to her and her husband after the murder. 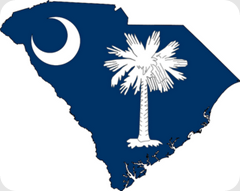 "It is plausible to believe that the sheriff did not want to pursue Mr. and Mrs. Davis because if they were tried, it would have led to a scandalous discussion in open court," Finkelman wrote to the South Carolina pardon board on October 2, 2008.

The Griffins were framed by Monk Stevenson, who received a life sentence for doing so. Stevenson later said to a fellow inmate he did it because he knew the Griffin family was wealthy enough to hire a lawyer and felt they would be acquitted

The Griffin brothers were indicted in July 1913 and given just two days to prepare the case. The family was forced to sell 130 acres of land to finance the defence as their lawyer sought a delay.

The request was denied and it left them just one day to get ready for a capital murder trial that would eventually last four days. 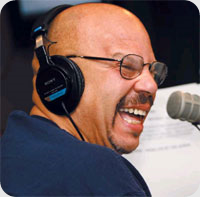 “I don’t care if you had Thurgood Marshall defending you; nobody could prepare for a murder trial in a day,” Joyner said in an interview with BlackAmericaWeb.com.

Of course it doesn't take an MIT grad to figure out what the results of a court case will be in early 20th century Jim Crow South Carolina when the murder victim is white and the accused are Black.

Can you say, "unanimous guilty verdict?" Thought you could.

The case was appealed to the South Carolina Supreme Court, but they upheld the verdict, saying the denial was insignificant to the outcome of the case.

There were people who saw the monumental injustice of the case. The Griffin brothers were well-liked in the community and more than 150 citizens of Blackstock, SC. asked the governor at the time for their sentences to be commuted. Many prominent whites in the community, including the mayor and former sheriff of Chester County, came to the defence of the Griffin brothers.

"I heard this case, and I don't think I could have given a verdict of guilty," one magistrate wrote.

Professor Gates noted that “White people petitioned the governor to exonerate them,” but to no avail. 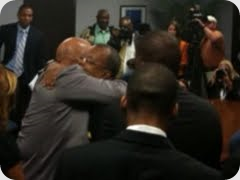 Joyner's quest to clear his uncles’ names took him, his sons, Gates, legal historian Paul Finkelman and South Carolina attorney Stephen E. Benjamin to the South Carolina Board of Paroles and Pardons earlier this month.

They presented their case to the seven member board for the state to exonerate his maternal great-uncles, which the board unanimously granted.

Dwayne Green, an African-American member of the pardon board, said he admired Joyner for seeking the pardon. "He's not only done his family a service, but also the people of South Carolina."

"There's no statute of limitations on doing the right thing," Green said. "There's so much good that can come out of this public show of mercy."

The unanimous vote, he said, was heart warming and satisfying. "It's a great opportunity to show how much South Carolina has changed," he said. "While change comes slow, outcomes like this are a positive sign."

It marked the first time in South Carolina's history that a posthumous pardon was issued in a capital murder case.

Joyner immediately relayed the news to his listening audience moments later.
Joyner told CNN's Don Lemon in an interview the ruling won't bring back his great-uncles, who were electrocuted in 1915. But it does provide closure to his family. "I hope now they rest in peace."

And in this case, the Griffin brothers, after almost a century, have finally received justice thanks to their great nephew and a host of people working diligently to clear their name.