Will Racists Ever Run Out of Spit?

Once again in an another dispatch from our lovely post racial world, I bring you the story of 61 year old Sharon Hodges.   Hodges was apparently shopping at a Walmart, when A Black woman and her daughter allegedly butted in front of her in line.  Of course this is terribly frustrating and very annoying but many people have the decency not to respond with a racial epithet.  Witnesses reported her language in an affidavit.

It seems that Ms. Hodges was determined to put the young woman in her place and stated, “You will respect your elders, especially since I'm white."  It seems that yelling a racial epithet was not enough for her to be sure that everyone within earshot was aware, that she was invoking her racial privilege. 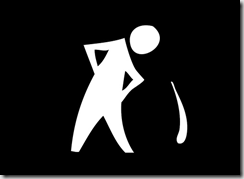 The young woman then turned and assaulted her.  Violence is not the answer in any situation but one cannot deny that she was provoked into acting.  Witnesses restrained her and Ms. Hodges responded by spitting in her face.  Hodges has been charged with simple battery and disturbing the peace with racial slurs.

There will be those that will be tempted to dismiss her behaviour because of her age but this would be a mistake.  What Hodges did was absolutely heinous and there is no excuse for this kind of behaviour.  When I read this story I was more disturbed by the spitting than the racial slur.  That speaks to me of a woman who thought that she was interacting with someone who was not only not her equal, but subhuman.  It was also extremely cowardly, as you will note that she waited until the young woman in question was physically restrained before spitting on her.

When incidents like this happen, it effects more than the victim.  Every single Black person hearing about this is devalued.  Each day we are denied our dignity and we must fight to hold our heads high in the face of the hatred.  There are many things you can changed in life, but the color of your skin is not one them. When Whiteness tells us how much better it has gotten, we cannot help but to ask for whom.  Years ago Hodges may not have been arrested for her actions but that does erase the fact that she felt justified to spit on a person of color in a public place. Reacting after the fact does not erase the harm of the racial incident.

When Limbaugh and Glenn Beck act out, it is obvious that this comes from a place of fear.  These men are afraid of losing their undeserved White privilege and therefore, they act in  ways that are verbally violent and hostile.  Ms. Hodges however, acted from a pure sense of racism.  In that moment she feared nothing, she simply believed that her Whiteness placed her above another human being.  Almost everything in Hodges culture reaffirms this belief to be valid.

Some may read this and see that Hodges actions were racially motivated but what they will not do, is take responsibility for the  ways in which their actions support it. When you refuse to acknowledge all of the ways in which you are privileged, you support the very system that led Hodges to believe that spitting on someone was an acceptable form of action.  When you sit in silence while another is being demeaned, you  prop up our unbalanced hierarchy of bodies.  Hodges did not act alone in that Walmart, she acted with the systemic force of Whiteness.