Columbia Professor Punches Woman In The Face In Argument About Race 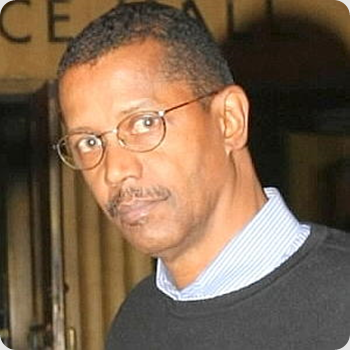 Columbia professor, Lionel “Mack” McIntyre was engaged in a conversation with Camille Davis, a Columbia employee, when he lost his temper and allegedly punched her in the face.  It seems that over the course of weeks, that they had engaged in conversation in which  Ms. Davis made racially insensitive commentary.

McIntyre had squabbled with Davis several weeks earlier over issues involving race, witnesses said. As soon as the professor threw the punch Friday, server Rob Dalton and another employee tossed him out.

"It was a real sucker punch," Dalton said. "Camille's a great lady, always nice to everybody, and doesn't deserve anything like this."

No one deserves to be punched in the face and it is even more problematic that a man punched a woman, but lets not turn her into a great lady.   If she was continually refusing to own her undeserved privilege and making racist commentary, I would hardly call her a good person. Her actions cannot be excused because his were atrocious and wrong.

I don’t approve of McIntyre’s action but I do understand it.  There have been plenty of occasions when my body has been so filled with rage, that I have had to walk away.  People will look you in the eye and say the most racist things and then have the nerve to wonder how you could possibly be upset.  When you are forced to deal with this day after day, to say it is trying on the soul is an understatement.  The feelings can intensify, if you find that you are repeatedly having the same conversation with a person.

McIntyre should have left the bar.  He should have walked off his anger but I do understand why he was upset and how he could have been driven to act on his impulses.  MLK was a great man but unfortunately he gave people the impression that Blacks would always turn the other cheek.  It never occurs to people that eventually, even the most tolerant being will lose their temper.  Some have become so accustomed to flaunting their racism, that they believe that Black people will just accept it as the norm.

The thing about hate speech, that often goes unrecognized, is that it is a form of violence.  We don’t recognize it as such because much like other forms of emotional abuse, it does not leave evidence of the harm that it does.  Language that demeans or that is designed to specifically invoke a privilege, leaves the listener feeling reduced and dehumanized.  There is a reason that Blacks die before Whites. The stress of dealing with racism wears on someone over time.  It is like living under a constant assault.

Recently, I was chatting with someone on twitter, who told me that he has to move because each day on his way to work, he has to drive by a protest where people carry signs saying God hates fags.  Each day, a little part of him feels angry and a little bit more defeated. This is what hate speech does, slowly in the most incremental fashion, it leaves you feeling empty and hopeless.  How many times can you explain why something is prejudicial?  Even on this blog we have the same conversations and inevitably some idiot will show up to display hir privilege and claim oppression where none exists.

If we are going to recognize physical violence for the terrible occurrence that it is, we need to also recognize hate speech and or emotional abuse. Words hurt. The stick and stones nonsense that our parents told us is just that, nonsense.  We act as though language does not play a huge role in the foundation of our society.  Language is how we express ideas.  Language is how we breathe life into concepts.  How can we possibly ignore its import because challenging it disturbs someone’s right to be oppressive?