Does Palin Have A Lot In Common With Black Women? 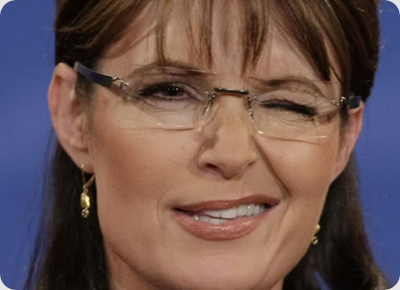 I was reading The Intersection of Madness, when I came across this story.  I don’t normally agree with much that Rippa has to say, but damn he was right this time.

I'd wager that, unlike me, most black women - being liberal Democrats or Democratic-leaning independents - have a pretty negative view of Palin. She's been called "white trash" by white elites, and even by some blacks. Yet ironically, Palin probably has just as much - and arguably more - in common with many black women than most female politicians. Palin is from a working-class family. She's not from the "right" part of the country. She doesn't possess the elite background that many folks have come to expect out of political leaders.

While she went through four different colleges and universities - eventually returning to the University of Idaho to finish - she did stick with it and get that degree. Like most black women, she has Christian faith. Palin tells you what she thinks. She has come up in a mostly male-dominated field. She is the breadwinner in her family, and she balances work and family commitments. She's even had to deal with a teen daughter who had an out-of-wedlock child and "baby daddy" drama, an issue that America's black moms disproportionately deal with regarding their daughters and suitors.

Just like I do with black women who persevere despite various barriers, I admire Palin's tenacity. I can also identify with the title of her book, which emphasizes her maverick streak against much of the GOP establishment

Sarah Palin may be oppressed because of gender but her situation is not now or ever, akin to the struggles of a Black woman.  Attempting to paint her in this light is extremely offensive.  Black women are marginalized by both race and sex, from the moment of their birth.  When you compare the attacks Palin faced and the ones Michelle Obama continues to face, clearly there is a difference.  I don’t recall Palin ever being called an ape, angry, man like, or ugly.  All of the aforementioned commentary have been aimed at Michelle Obama, whom Palin could not even hope to be on her best day.

I will agree that it is certainly problematic to refer to Palin as “White trash,” however; comparing her struggles to that faced by Black women is jut another example of the ways in which White women have come to be understood as a monolithic expression of femininity.  When Black women and White women are in the same class, it is certain that due to racism, that the White woman will be offered  opportunities that the Black woman could on dream of.  Let’s consider that Palin tried to finish university 4 different times and was still found to be fit to be the governor of a state.  In what world do you believe that a Black woman would have been given the same opportunity?  Michelle Obama graduated SUMA CUM LAUDE and to this day, there are cracks about her intelligence.  For Black people to succeed, we have to be heads and shoulders above the competition, not equal to it.

Finally, the commentary regarding Levi is extremely harmful.  Yes, there are Black women having children outside of wedlock but to typify this as a Black issue reveals racism.  With the divorce rate as high as it is, many women are parenting alone.  They may not have started off as single mothers, but they end up in that situation anyway because of the breakdown in the traditional patriarchal marriage.  This “drama” is not a reflection of race, rather it is the ability of men to either abdicate their parental duties, or the ability to use their status as male within a patriarchal world to oppress women.

While the author is quick to make comparisons to Black women, she is careful to ignore the race baiting that Palin participated in during the campaign.  Palin does not seek any ally relationship with Black women, despite sitting on Oprah and lying through her whitened teeth.  She made it clear while on the road that she was appealing to Whiteness and White privilege.  The woman has no more in common with Black women than sheep have with goats.