From Guyana to Canada: police violence can be a class issue 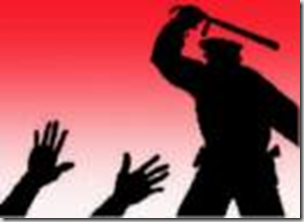 From Rodney King to Sean Bell, violence is often understood in racial terms because it is the most readily visible marginalization. Many North Americans believe the myth that everyone is middle class and therefore distinctions that are obviously related to class often go unnoticed. Class is the invisible divide. Yet many of the gains made by unions in the post-WWII era have been steadily eroded, leaving most people actually functioning at or below a working class level. The extension of credit has allowed the populace to live above their actual means, thus promoting the idea that a class divide is nonexistent.

There are areas in the world in which race is not understood in the same manner, because the population is largely homogenous. The homogeneity of such societies makes class much more readily visible. This means that police violence will be more readily recognized as having a relationship to class, thus revealing the ways in which the police function to protect the interest of the ruling bourgeoisie.

According to the Kateur News in Guyana, police set fire to a young boys genitals, while they were questioning him regarding the murder of former Region Three Vice Chairman, Ramnauth Bisram.

In responding to this incident, President Jagdeo stated:

“Hundreds of them every day, they are the frontline against criminals, these are the people we call on when something happens and many of them in spite of very difficult situations; remuneration not great, sometimes the conditions of service are not great but they go out there and put their lives many days on the line for all of us and the recent incident where they were targeted would show that. So we can`t allow the actions of a few to cause us to forget the hundreds out there who do their work professionally and with decency.”

Jagdeo makes it clear that he believes that the police and soldiers exist in order to protect, but due to the violence, the Guyanese must ask who do these men and women really serve? Would a person of consequence be treated in the same manner? When a poor fourteen year old boy [be warned, there is graphic imagery in the linked video] can have his genitals and thighs burned because he suspected of the murder of someone who had a high social standing, clearly those that possess power and wealth are overvalued.

According to the CarribWorld News, the teenager was burned after he refused to sign a confession. Even though the victim has since been released from custody, the criminal behaviour of the officers has sent a message that will reverberate throughout Guyanese society. This is organized, state-sanctioned violence, aimed directly at the working class to prop up a capitalist power structure.