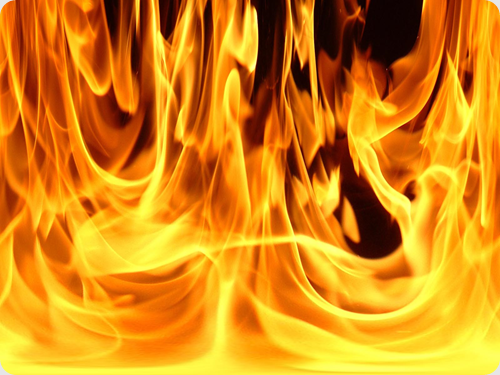 As social justice minded people, we may bristle at homophobia, sexism, racism or ableism, however;  what we often fail to do is honour the rage, if it manifests in a way that makes us uncomfortable.  If said rage interacts with something that we have personalized, somehow it is not acceptable and we turn our backs upon the marginalized person.

I recently wrote about two incidents that ended in violence.  In one case a trans woman maced a child after being taunted and in the other a professor struck a woman after being in a heated conversation regarding White privilege. In both incidents, I condemned the violence and supported the rage.  The response needs to be separated from the trigger, if we are truly going to acknowledge how damaging being targeted for an ism is.

Supporting the rage is not victim blaming, it is an acknowledgement that some behaviour is damaging to marginalized bodies.  It is easy to see the world in the simple binary of black/white, but another thing entirely to consider the nuances of a situation and understand that most things are better understood as both/and.  Denying the rage, further places marginalized bodies into the position of catering their response to support that of dominant bodies.

Black woman are often called angry, when they dare to speak about racism, thus denying that rage is a legitimate response to being demeaned.  When you decide that you have the right to taunt someone, you have no idea what kind of marginalization that they have put up with before encountering you.  You have no idea the fear they may have built up regarding those considered privileged, after countless encounters and yet we still expect that they will react in a way that soothes our sensibilities. The fight or flight instinct is alive and well in all of us.

If I were to kick a dog repeatedly and said dog decided to bite me, how many people would still have sympathy for me?  This courtesy that we give animals, is removed once there are people involved.  In the end, our first instinct is always to support the person that is understood as privileged and therefore untouchable. That this supports the ism, that the marginalized person was reacting to in the first place is easily ignored.  We do after all have privilege to protect and we cannot have marginalized people acting in their own defence or escalating a situation.

In the case of Black men, we have generations of racism, lynchings and violence to consider.  Even  if one is from a privileged place economically, the experience of racism is still uniquely devaluing.  Each day this man walks through this world, he will remember that his ancestor was kidnapped from his homeland, openly called boy, incarcerated for daring to the breathe the same air as a White person and purposefully undereducated, keeping him poor.  With the exception of slavery, these conditions largely still exist.  When a cab drive refuses to stop, it is because all he sees before him is a dangerous nigger.  When he gets pulled over for driving while Black, one can be certain that it was his race that caused him to be understood as a threat.

Each one of these incidents is not forgotten.  In fact, they build upon each other creating a form of rage, that for some is uncontrollable.  When a gay man is called a faggot,  upon hearing the word he may remember how many have died simply for being gay or how many men were beaten.  He may even remember that police often don’t give enough of a damn to even investigate these incidents of violence.  This hate filled word comes attached with so many generations of violence and othering, yet responding in anger is simply not acceptable.  Daring to hold your partners hand in public is enough to get you beaten or spit upon and yet the rage is so easily ignored to privilege heterosexuality.

When a woman is demeaned in the workplace and complains about inappropriate touching or jokes, she is a ball busting bitch.  Why can’t she take a simple joke; never mind that this misogyny is the basis of domestic violence, and rape.  The speaker was only reaffirming a secondary class status for women and therefore; his language is not deemed harmful.  Women that react with anger are quickly disciplined and silenced, because it is assumed that femininity should be submissive in the face of attack.  This is the patriarchal ideal.

There are so many situations in which anger is a legitimate response to being purposefully targeted and yet, we can overlook this as a genuine response because it conflicts with our understanding of how marginalized bodies should react.  We may not see this as an assertion of privilege, but it most certainly is.  Violence is something that dominant bodies do to marginalized bodies.  It may take the form of swarming gay men on their way home, lynching Black men or raping women, but violence towards marginalized bodies all serves one purpose; to enforce docility through fear and pain.

When marginalized bodies react with violence, we are quick to see the humanity of the person who was assaulted and finger wag about violence, but how many ignore the millions of dead , who were murdered, for the purposes of upholding, sexism, homophobia, transphobia and racism?  Often these incidents of retribution or pre-emptive strike, are only publicized for the specific purposes of demeaning a marginalized group, or to create them all as violent, irrational savages.

When I see gangs of angry gay men roaming the street to beat up someone because they are heterosexual, then perhaps I will be concerned.  When I see cisgender bodies cowering in fear, because a trans person is threatening them for their gender presentation, then perhaps I will worry.  When I see White people across the globe, terrified when they see a the flashing lights of a police car, perhaps I will rethink issues of race imbalance. And finally, when I see men afraid to walk to their cars after dark and arming themselves with self defence classes and mace, perhaps I won’t question the stereotype of women always complaining.

We do not live in a world in which all bodies are understood to be equal.  We can sing Michael Row the Boat Ashore till the end of time and that still will not make it so.  We may bristle at the violent response and it may hurt, but when we consider who has perpetrated the most acts of violence and how often it gets ignored, it is hypocrisy to single out these few acts.  An eye for an eye may leave the whole world blind but a single action in defence and fury, is a response to a lifetime of being attacked and marginalized.  Good for you, if you have never felt the impulse to be violent in response, but I will not ignore the humanity of another for acting in a completely human way.  If you want to end the violence, start with those that do it on a daily basis.