Letterman scandal: class and gender issues we’re not talking about 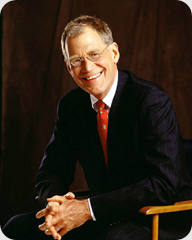 David Letterman has been the king of late night for decades. From stupid animal tricks to tossing out canned hams to the audience, he has kept the laughs coming. Part of his charm is his ability to be completely self-depreciating while telling a joke.

When Letterman decided to share that someone had allegedly attempted to blackmail him because he had engaged in “some terrible things,” the delivery of the information to the viewing public was extremely important. Apparently, the blackmail letter even came with proof of Dave’s guilt.

He took ten minutes to tell the story, pausing to allow for the occasional nervous twitter, while making sure that the audience was not only attentive, but relating to him as the lovable late night shtick man they had come to adore. “I’m motivated by nothing but guilt. I’m a towering mass of Lutheran Midwestern guilt,” Dave hinted as made his way to the climax of this little confession. Faced with the threat that “these terrible things,” which he deftly reminded the audience were true, were about to be revealed to the public, he announced that he had arranged a meeting with the D.A. What could the king of stupid animal tricks have done?

Letterman knew better than most that the method of delivery is often more important than the message itself and so he continued to whet the curiosity until he sensed a climax of anticipation. Dave then revealed that he had engaged in consensual sex with women working for his show. In the wake of the arrest of Roman Polanski, his indiscretion seemed not only minor, but downright acceptable for a man in his position.

In the days that followed, the intimacies of Letterman’s sex life would become a water cooler topic. The ladies on “The View” would weigh in, reminding everyone that whether or not Letterman had been unfaithful to his wife was a private matter. Barbara Walters even went as far as to point out what a handsome man Letterman is. In a bid to support him, she reminded the public how painful this must be for him, considering that he is such a private man. “Victim Dave” quickly became the go-to script in media discussion of the alleged blackmail scheme, yet the spectre of sexual harassment hung in the air.

Letterman made it quite clear in his confession that all sexual liaisons were indeed consensual, but this does not mean that this did not lead to a compromised work environment. Balance in the workplace is often very difficult to negotiate. The average worker spends more time in a typical week with their fellow associates than with their families. The modern day workplace is a breeding ground for affairs, bitterness and, unfortunately, gender inequality.