A Spark of Wisdom: Polite Prejudice 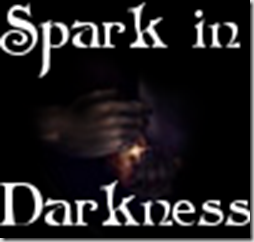 This is a guest post from Sparky, of Spark in Darkness.  Many of you are  familiar with him from Livejournal, as well as from his insightful and often hilarious commentary here.   Sparky has so graciously decided to give us a weekly column that will appear every Tuesday.  That’s right, A Spark of Wisdom from Sparky.  Please join me in welcoming him.

This is an issue that has been bouncing around in my mind and I've finally put words round it after being exposed to it a little too often. I can sum it up in one sentence:

There is no way you can say "I think you are inherently inferior to me and not deserving of the same rights as me" and not offend, annoy or insult me.

You do not have an excuse good enough to justify homophobia. There is nothing you can say that will make your homophobia palatable to me. You will never ever catch me saying "oh you hate me and want me to be treated like a second class citizen? Well that's just super - let's be friends!"

I am not obliged to be nice to you, respect you or have any regard for you at all, just because you try to put pretty words around your homophobia. A nice homophobe is still a homophobe. Happy smiles and pretty words don't make up for denying, opposing or fighting against my basic rights and very existence. You might want to at least throw in a card or a gift basket or something. I'm sure hallmark has a "We hate you and want to destroy your life, but can we still be friends?" selection.

In  particular, I am not obliged to be friendly if you say:

"Hate the sin, love the sinner." That 'sin' is my family. It's my husband. It's my home. It's my life and my happiness. You cannot separate me from my 'sin' because it's an inherent element of me.

"I'm not a homophobe but I'm against gay marriage/adoption/in the military/breathing." See this doesn't work. You can't say you're not a homophobe and in the same sentence say you don't think gays deserve equal rights. The latter completely puts the lie to the former.

"I'm not a homophobe but do they have to flaunt it?" The closet is an evil place. One of the greatest crimes against GBLT people is that society has forced us to closet ourselves. And if the sight of us being us, being as open and free as heterosexuals offends you then, yes, you are a homophobe. You cannot be happy with our existence if the evidence of our existence offends you.

Finally, even if you are a good, nice person who just happens to be a homophobe, then I don't want anything to do with you. Sorry, I don't. No matter how pleasant and polite, how much we have in common elsewhere - your homophobia is NOT something I'm willing to "agree to disagree on." And I've been called intolerant, even a bigot, for refusing to play nice and be friends with the friendly homophobe.

And this boggles me. This person believes I am less. They are against my having basic equal rights. I don't care how friendly they are, how much we have in common, how nice they are and how much we agree on everything else - they believe I am inferior and unworthy of equal rights. That's a deal breaker. I do not owe such a person my respect and I certainly don't owe them my friendship.

I will respect them when they respect me - and they can only do that by acknowledging me as an equal who deserves all the rights and privileges that they enjoy.