A Spark of Wisdom: Why marriage rights are important: another angle 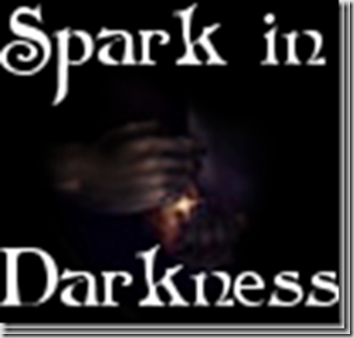 Specifically, why marriage rights are important to homosexuals. I've already spoken many many many times about all the essential, non-imitatable rights and protections are inherent in marriage. I've also touched on how denying ANY right, no matter how insignificant, sends a dangerous message from the government that that group is worthy of discrimination (though I'm going to cover that more) but those are other points.

Now I'm going to ramble about the assumptions of a relationship most heterosexuals enjoy EVEN WHEN THEY'RE NOT MARRIED. I'm doing this because I've seen a few heterosexuals around the edge of the marriage debate basically saying "well, why do you want it? Why is it important?"

Because I think, to a degree, there are some factors to this that heterosexuals miss simply because we're all inclined to take for granted the advantages of privilege and we all just assume the power of rights when we have them for so long.

The fact is our societies are prejudiced and they have both privileged and normalised the idea of a heterosexual 2 partner relationship - to such a degree that anything outside of this is going to face opposition AND NOT GAIN THE ADVANTAGES OF ALL THE ASSUMPTIONS RELATIONSHIPS BENEFIT FROM.

And the latter is a point to emphasise (among many many other points). We can spend some depressing hours googling our way through horror stories about how denial of gay rights has caused real pain. Whether it's the lesbian who had to wait with her children unable to see her partner of many many years even though she was dying in the hospital, or the gay man who lost his house when his long term partner died and they had crippling inheritance tax or the partner of a gay soldier who had to learn about his boyfriend's death when the media turned up to INTERVIEW HIM ABOUT IT (I think that's as much to do with DADT as anything - but seriously, that's madness) to the INNUMERABLE cases where wills, power of attorneys et al have been challenged (successfully!) when homosexuals have desperately taken what limited steps we could to ensure basic rights that heterosexuals take for granted.

Do you know what the key linking factor between all these beyond how they would all have been solved if the couples could marry? The factor is that if all of the couples were heterosexual they would not have happened - EVEN IF THEY WERE NOT MARRIED.

If it was a woman wanting to see her long term male partner dying in the hospital the hospital staff wouldn't have blinked. Challenging the will of a man who left all his property to a woman he had spent the last decade living with would be considered utterly insane. No-one has trouble thinking of someone fulfilling a parental role of children they have raised for 5, 10 or 20 years even if they aren't married to either biological parent and haven't adopted the kids - so long as they are heterosexual. Most employers won't blink if you ask for time off because your heterosexual partner has had a bereavement, life tragedy or is hurt and needs someone to help look after them. Even little things - I cannot count the number of cards (and even invites) I've received from people who KNOW all about Beloved and have for years that don't include his name. And I may have to go on an axe-murdering rampage through my local bank if they don't give us a joint bank account soon.

To me, ultimately, marriage is about declaring to the world that you are an official couple (actually, I think TRADITIONAL marriage is about treating women as transferable property from father to her new owner, the husband, but that's another matter and certainly a legitimate reason to have a problem with marriage) and that you should be treated accordingly. Many marriage laws and rights cover that - from treating 2 people as separate entities to 2 people acting, at least occasionally, as one unit. The reason why this isn't always seen as necessary for heterosexual couples is because society will treat you like that ANYWAY (at least usually).

We don't get that assumption. It's the legacy of societal prejudice and the blinkered view that privilege can give even the most well meaning of us. Even when we ARE married, it can be still very hard to get people and the powers that be to treat us as such. Without that legal recognition it can be like getting blood out of a stone.

And that is why marriage rights are important. It's an official recognition not just that our individual relationships exist but a movement for society to realise that YES same-sex couples exist, YES these are reasonable relationships and should be treated as such and YES the assumptions that are applied so casually to heterosexuals should apply here too. Even for those of us that do not get married - it is a step towards having those assumptions, those so-helpful societal assumptions, apply to us as well.