We Teach Our Children Homophobia 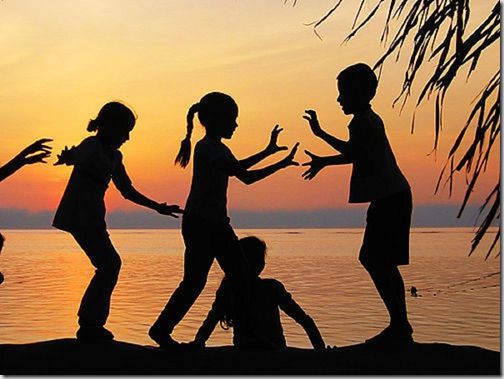 Even the most liberal parent will pass on heterosexist ideas to their children unintentionally.   One must make a conscious effort to expose children to families that don’t fit the traditional standard.  In cartoons and most books they are more likely to see a mother, father and child, than two mommies, two daddies or a trans families.  This erasure instils the idea that family must have a certain make up to be legitimate.  Even the language we use speaks of our desire to have heterosexual children.

Have you ever referred to a child's future spouse in heterosexist ways?  It is quite common when speaking to boy to talk about their future wife or girlfriend, as if that is the natural course of events.  We may teach our children that all people are equal but if we take the position of assumed heterosexuality when relating to them, in actuality we are sending a completely different message.

Imagine how frustrating it is for a gay or lesbian child to hear questions that assume heterosexuality.  How does this impact their ability to be open about who they are, with their families or the people around them?  Our neighbour has a little girl a year younger than Mayhem and the father jokingly referred to their future marriage.  Though we are talking about a four year old and a three year old, I could not help but notice the assumption and the discipline that came unbidden with this particular commentary.

The unhusband and I make a conscious effort to refer to our children's future love interest in gender neutral ways.  We most commonly say partner or even unspouse.  Each time that this has occurred in public events,  this has lead to eyebrow raising and queries.  Each time, we must painstakingly explain that we refuse to declare our children’s sexuality.  So many will quickly declare that some of their best friends are gay or lesbian, yet the thought of their children being so is unfathomable to them.

Of course they have a rationalization for this bigotry.  It would be easier on the children if they were straight because we live in a heterosexist society.  They don’t want their children to face any kind of bigotry.  Well isn’t that a rosy coloured world.  Protecting the children somehow justifies assuming heterosexuality and teaching this in the most invisible of manner. Sure these liberals won’t say faggot or dyke but let’s just condition them in such a way as to make the little darlings understand that heterosexuality is what is expected.

You can wish all you want, but most people face various stigmatizations and each has its own damaging consequences. What if your child is fat, differently abled, or  female?  These are just a few categories that we take great care to discipline.  Where is the worry for the children then?  Nope, we just want them to avoid teh gayness at all cost, cause then their little lives will be over before it starts.