What if Jesus was a Trans Woman? 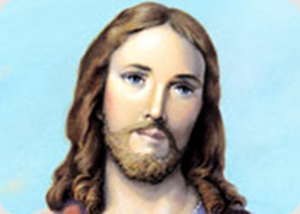 Anything outside of the normalized Christian interpretation is usually enough to get the protesters out.  Jesus, Queen Of Heaven, is currently being staged as part of Glasgow's Glasgay! arts festival.  Jo Clifford  who is a trans woman wrote the play and performs the plays the title role.  According to Metro. UK:

Up to 300 people held a candlelit vigil outside a theatre on the first night of Jesus, Queen Of Heaven. They said the portrayal of God's son as a woman was 'totally blasphemous'.

Anything that does not promote a completely masculinised, cisgender view of God is always considered blasphemous.  People even protested Kevin Smith’s Dogma where Alanis Morrisette played God for crying out loud. The Last Temptation of Christ damn near gave these fundies a heart attack. Why are these images so threatening?  No one viewing this play is going to suddenly change their beliefs, if they are a devout fundamentalist Christian.  This is merely an expression of a different conceptualization of Jesus/God.

One of the purposes of religion is to persecute minority bodies and enforce the notion that their existence is an affront to God.  Render unto Caesar and all that. Why do you think that in western countries, Jesus is traditionally depicted as blonde with blue eyes, when in fact he more than likely had brown skin and hair as wool?  Why is the portrayal of a White Jesus not considered blasphemous?  Religion as practised by dominant bodies encourages the masses to accept their lot and wait for redemption in heaven.  This is why you will find some much hatred amongst fundamentalists.  Claiming a religious foundation allows them to hide their desire to maintain undeserved privilege, without admitting the self serving nature of their behaviour.

It is odd that Christianity has become a vehicle for submission, when in his time Jesus was quite the rebel.   It was his subversion that lead to crucifixion and therefore; those that seek to challenge dominant discourse act more in his tradition, than those that simply capitulate to dominant ideals.  Clifford is a child of God because she seeks a divine that includes her.  How many see no purpose in Christianity because they accept the idea that it specifically excludes their participation and denies their existence?  Is it not more radical to seize upon the false prophets, and idolaters with conviction  and with the righteous vision that we are all a part of God’s plan?  If someone is born gay or born trans, then they are just as much a child of God as these wicked, conscienceless people who seek to twist the word of God for their own purposes.  Jesus made no pronouncements against homosexuality or a trans identity and therefore these haters are impressing their beliefs upon him.

I will admit that I have an agenda in posting about this story.  I am a Christian woman, though not a member of a specific church because I have yet to find one that believes in the equality of all people.  To allow this hatred to cause me to deny my beliefs, is the submission that these bigots are seeking.  One need not accept a translation or understanding of certain scriptures because they have become twisted.  One need not accept the gospels that were included in the bible.

It is possible to believe in a higher being and understand that the bible is conflicted because we are a conflicted people.  Just as each post that I write is infused with my biases, experiences and frame of reference, so to is each and every single chapter of the bible.  I believe in the end, that what is most important is not hating religion because some people choose to twist it, but finding a place in your heart to consider that you are loved and a part of something larger than yourself.  If God is indeed love, then there is a place for all that seek comfort from the storm.