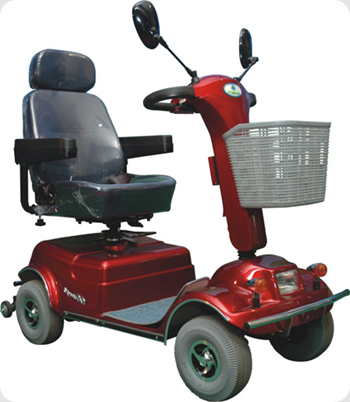 Each day I interact with the public, I learn something new about dealing with my disability.  At first, I thought that I would only have to learn the new changes and or limitations of my body, but it quickly became apparent that with an obvious disability, the way that people understood me also changed dramatically.

One of the largest assumptions I have learned is that my class status is understood to be decidedly poor.   I am not one for affectations or obvious displays of wealth.  This means that I don’t wear jewellery or brand label clothing.  I could certainly afford to walk around with these shiny baubles, but I refuse to take part in these systems because they are based upon the impoverishment of others.  As a Black woman in a small town, this would be enough for some to read me as poor but it was never a constant label.  I have been offered layaway at stores, when I had more than enough money to pay for the item I was shopping for.  Of course it was also assumed that I didn’t have a credit card.  Everyone knows that all Black people have bad credit. It has even been openly assumed on several occasions, that I rented rather than owned my home.

I am by no means a rich woman but my family and I are comfortable.  We live within our means and occasionally splurge on comfort items.  I see no shame in poverty because I understand that were that to be the case, it would be result of the capitalist mode of exchange, which is designed to enrich some while leaving a vast majority of the population impoverished.  How or why should one feel shame for existing in a system that one has no control over?

What is most interesting to me, are the ways in which my class position has been consistently understood since having an obvious manifestation of my disability.  No longer do people assume the possibility that I may be lower to middle class, now it is assumed by most that I interact with, that I am poor.  It is assumed by all that I am incapable of doing anything meaningful.  Before becoming disabled, I understood that to many, being differently abled is a licence to live off of our social welfare system, thereby draining the system.

Everywhere I go the same disdain that we commonly show to those we think are on some sort of social welfare, is solidly aimed at me.  My son needs new equipment for his karate and we were offered access to the aid program.  There were no questions regarding what our income was, my scooter  spoke for us as a family.  I am in the market for a new scooter and it is assumed by all of the salespeople that I am on Ontario Disability.  The look of shock when I correct this assumption never fails to surprise me.  In a conversation with parents at my sons hockey game, every one was announcing what they did for a living and no one thought to ask me.  It was assumed that the unhusband was gainfully employed but of course, my scooter meant that I did nothing all day.   Even if I were strictly speaking a stay at home mother, that would entail work.

I have learned that differently abled means poor to many.  It means that you are not working.  It means that you have no identity or interests.  I understand for many being differently abled means poverty because we live in a world that does easily make the accommodations that are necessary to participate in paid work.  Knowing that this is the case, why does the stigma attach itself so ferociously? If a person is unable to work because of a lack of accessibility, why do we feel the need to persecute them because of the way our society is designed?

When I tell people that I write, the answer is usually that it makes sense.  It does not occur to anyone that I chose this because of a love of writing and sharing ideas.  Writing is something that I was interested in from the time that I was a small child. Because I am doing it, it certainly is not real work.   Such ideas do not attach themselves to a friend of mine, who makes his living freelancing in this area.  Sitting together, people will invariably ask him a multitude of questions, ignoring me completely.  It is understood that he chose his work out of love and not convenience.

I have learned that much like my other identities, my scooter will speak for me.  It will announce to the world a host of suppositions, which they will invariably bring to our interactions.  Even as I must navigate the changes in my body, I must also navigate their disableism.  The ability to form my own identity and my own purpose is solidly denied me and I must fight to claim it in almost every interaction.  I am not my mobility device.  My scooter should only announce that my body has certain limitations; it should not signal who I am as a person. To think that they can discern  my bank balance based on a mobility device is just one of the ways society imposes an identity upon the differently abled.