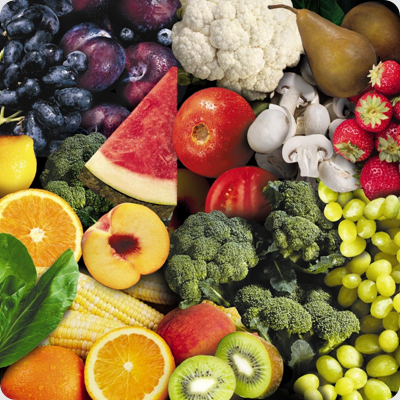 Can we have an honest conversation about vegetarianism and veganism?   I have been thinking about this for quite sometime and though I suspect that much of what I have to say will be misinterpreted, thus inspiring the trolls to descend, I feel that this is a conversation worth having.

Veganism and vegetarianism are lifestyle choices.   There are those however that use their choices as a stepping ground to moralize to others.  I believe that most reading this blog are familiar with my strong anti-PeTA stance but in truth, I have more problems with this movement than just PeTA.  I am not a monster and would certainly not support intentional animal cruelty but I am a meat eater.  I have always been a meat eater and will always be a meat eater.

I can almost hear the gnashing of teeth, followed by the evil flesh consumer comments.   Let’s be honest about a few simple facts, veganism is not sustainable unless you consume imported food.  While the benefits of fruits and vegetables are being extolled, the people that are working for slave wages and quite often with cancerous causing chemicals are ignored.  When you buy a bunch of bananas for 50 cents  a pound, do you  really believe a worker has gotten a fair return on their investment?

I know that you can eat root vegetables but I am not naive enough to believe that vegans are surviving solely on root vegetables throughout each and every winter.  The cost of this inexpensive diet that is often touted by vegans and vegetarians, is only possible because somewhere along the line a worker is not being paid.This necessarily means that there is a human cost to veganism and or vegetarianism that is rarely to never discussed.  Humans matter and even if they are not being slaughtered to provide sustenance, poverty does have its own very negative results.  The human cost cannot simply be ignored because an animals life is being saved.  This is its own form of speciesism.

There is also an environmental cost to this lifestyle choice.   It certainly costs less energy to produce vegetables but lets not pretend that this is cost free.  Ships that are importing these products are polluting the oceans and using fuel.  You may certainly be able to grow a certain amount of food in your backyard or in a community garden, however the vast amount of vegetables and fruits are imported.

It is my opinion that a more rounded solution is to eat locally.  This reduces the amount of exploitation and environmental damage.  A local diet can be as much of a political decision as veganism or vegetarianism.   I will not deny for one moment that most westerners consume far more meat than is needed but transitioning to veganism or vegetarianism is still a problematic decision.  My issue is that many of the problematic elements are often scrubbed from the debate in order to present the binary position of vegan/vegetarian equals good and meat eater equals bad.

Another major issue I have with this movement is race.  There are certainly POC that advocate for veganism/vegetarianism but just like any other social justice movements, their voices are not the ones that are being centered.  The debate is most certainly controlled by White middle to upper class women.  In this, the animal rights movement has a lot in common with feminism.   POC certainly have a voice but there is large difference between having a voice and having real power.  By demanding that POC support a movement that has decidedly erased our lives, the animal rights movement decidedly participates in racism. 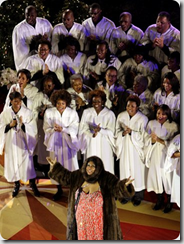 A perfect example of this is the conversation surrounding fur.  Let me state unequivocally that I do not believe in wearing fur because there are perfectly good synthetic substitutes and I long ago lost the desire to have a class based status symbols.  Many Black women wear fur because to them it is a symbol of having reached a certain class level.   For many years, White women wore fur without any form of resistance and this has not escaped the notice of Black women, who are now finally able to afford some of the trappings of class achievement.  The fur represents for many, all that has been denied to Black women for generations.  One cannot simply state that fur is bad without exploring why the desire to wear fur exists in the first place.  It is important to note that Black women still constitute a marginalized class of people and as such, symbols that represent success continue to remain highly important.

Finally, as I have written about before, it is highly problematic to suggest to POC that we are the same as animals.  This argument might work with White adherents who have never had their humanity denied but when it is broached to people of colour, it serves as a reminder of the many times that we have been referred to as apes, chimps and cockroaches.  History cannot conveniently be denied to make a political point.  To many POC, any form of comparison to animals is reductive.  A White person my readily make this analogy because it has never been representative of Whiteness, nor has it been used to justify cruel and inhuman treatment against White people.

In the end, I do believe that ending animal cruelty is a laudable project, however veganism and or vegetarianism is lifestyle choice.  Just like any other social justice movement, the animal rights movement has some extremely problematic elements that need to be addressed.  It is quite obvious to me that asking someone to support your moral choices, while you participate in a form of oppression speaks of an unacknowledged privilege.  So-called third world bodies are making these vegetables cheaper to afford and yet their lives are not counted.  The earth is still being asked to pay a penalty and just like most capitalist adventures,  the environmental aspect is ignored.  Finally, people of colour are invisible within the larger movement, even though they do have a voice the unequal power dynamics  sustains racism.  The next time you feel the need to moralize to an evil meat eater, perhaps you can pause momentarily and consider that your choices are far from perfect as well.