Abercrombie & Fitch Allegedly Fires a Woman for Wearing a Hijab 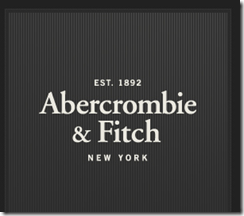 Abercrombie must have a crack legal team on retainer because it seems that other than selling clothing, discrimination is its stock and trade. Hani Khan, 19, of Foster City was allegedly called into a meeting with the district store manager and told that she was not supposed to wear her scarf to work and that it violated the company’s “look policy”. A week later she was fired from her job.

Khan contacted the Council on American-Islamic Relations, a Muslim advocacy group. On Tuesday, the organization filed a complaint with the federal Equal Employment Opportunity Commission against Abercrombie & Fitch, which operates Hollister stores.

The commission cannot confirm or deny the existence of a complaint, a spokesman said. Abercrombie & Fitch officials did not respond to requests for comment.

Khan, a political science student at the College of San Mateo, said she wore her hijab to her job interview before she was hired as a part-time stockroom worker in October. She said her direct supervisors had no problem with her headwear, so long as they were of the company's colors - navy, gray and white - which she said they were.

Time and time again Abercrombie has discriminated against people of colour, the disabled and fat people.  The “look” that they seek to perpetuate is thin, white, and able bodied.  Each time we wear an item from this company, we are supporting discrimination and so I encourage everyone to boycott Abercrombie until they dedicate themselves to ending discrimination in their employment practices.

When they are not firing employees for a failure to meet their standards, they place them in the stockrooms and reduce their hours.  Hiding them in the stockroom creates marginalized bodies as literally invisible and supports the idea that they have no right to take up space.  This policy further normalizes dominant bodies and in a culture that is determined to maintain a hierarchy of bodies, this affirms undeserved privilege.

There will be those that will say that Hani was well aware of the company policy before applying for a job; however, a company policy that exists for the sole purpose of discrimination should not be tolerated by anyone.  Hani had every right to expect fair treatment in employment and when we factor in the high level of Islamphobia, all this does is inflame the desire to treat Muslims as “other” and ultimately threatening.

The hijab is a complicated article of clothing and few westerners will acknowledge that for some women, veiling is actually a sign of personal choice, thereby affirming female agency.  Hani’s example shows us that the hijab is not always forced, and that women do indeed choose to veil for their own reasons.   Religious intolerance is just as high in the west as it is in the Middle East, though it is never framed as such.  There have many attacks on mosques and women have had hijabs forcefully ripped off of their heads.   The tolerance we preach are just words because it seems more often then not, when we are offered the opportunity to put meaning to our words, we opt to discriminate.

That Abercrombie chose to discriminate is hardly surprising because of their history.   What continues to be disturbing is that despite numerous instances of out right discrimination, that people continue to support this business by purchasing their clothing.  The very same people that will preach equality will do so in an A & F shirt.  As long as companies like this continue to proliferate, we have no business pointing the finger at other countries claiming a moral high ground.  Either all bodies matter or they don’t.