Abortion: The Choice We Do not Speak of 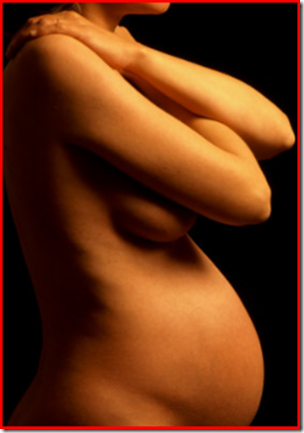 Christine Taylor became light headed after a conversation with her estranged husband and fell down a flight of stairs.   Paramedics who arrived on the scene declared her fit; however, Ms. Taylor decided to go the hospital to confirm the health of the fetus.  While there she had a conversation with a nurse, in which she admitted to having thought about an abortion or adoption.  The nurse relayed the conversation to a doctor on staff, who in turn questioned her.  The medical staff then notified the police and Ms. Taylor was charged with attempted feticide.  It seems the doctor and the nurse believed that Ms. Taylor had intentionally thrown herself down a flight of stairs.

According to Iowa state law, attempted feticide is trying "to intentionally terminate a human pregnancy, with the knowledge and voluntary consent of the pregnant person, after the end of the second trimester of the pregnancy." At least 37 states have similar laws.  The district attorney declined to prosecute when it became apparent that Ms. Taylor was at the end of her second trimester rather than at the beginning of third as the hospital believed.

Ms Taylor is currently unemployed with two kids already and is estranged from her husband, is it any wonder that she considered not having this child?  Abortion is a legal medical option and yet we do not speak about the times we have considered abortion or when we have had the procedure.  There is still much shame around this issue, even in womanist/feminist circles where the right to choose is considered to be of paramount importance.

This story rang a particular bell with me because of  the story of a former acquaintance.  She is in her forties and pregnant for the first time.  When the child is born she will be a single mother.  The road ahead is daunting for her.  I have two kids and I am in my thirties.  Mothering is the hardest thing that I do each day; however, I have the good fortune to have a spouse who is equally engaged and committed to sharing the work load with me.   When it became known that she at one time had considered not having this child, she immediately became shamed within the community.  The fact that she considered abortion is enough for many to declare that she will be a terrible mother. Part of what makes her situation so terrible, is that much of the shaming and the judgement is being done by women.

The decision to abort or to have a child should never be made lightly and if a woman has truly considered her options, it means that whatever decision she has made is what is best for her.  Even though abortion is a legal, it has become this deep dark secret that we can never talk about.  Even acknowledging that one thought about abortion, after successfully giving birth, is enough to cast aspersions on one’s ability to mother.

Pregnancy does not always happen at the most convenient time in ones life.  Despite the social myth that a uterus means one automatically craves becoming a mother, there are numerous women who opt out every year.  Sometimes an abortion happens because of a struggle to support the children a woman already has.  This decision is not seen as one based in love; it is almost always constructed as a selfish act. We can always find a reason to shame a woman for considering an abortion because we privilege a fetus over the lives of those who are already living.

We shame.  Even those who believe in the right to chose will shame and this is why abortion remains one of those rights we simply do not speak of.  When I became pregnant with my first child, I was terrified.  Even though I had a good job and was in a very stable long term relationship, I worried whether I had the skill set to be a good mother.  Abortion is something I seriously considered.  I know that the decision that I made was the right one because I took the time to consider all of my options.  My child is a wanted child, simply because I had the right to choose.  I know that I could never admit this to even my closest friends because despite the fact that many think I am a good mother, the mere fact that I once thought about forgoing motherhood altogether would be enough to cast doubt on how I raise my children.

This is my secret.  It is one I can never share.  I have too often been involved in conversations with other women who claim to support abortion; however, it is always understood as something that is fine for others.  We separate ourselves from the decision as much as possible.  It’s always I support abortion but I could never have one.  It is this separation and shaming that cause women to hide their stories from each other, thereby; affirming the social desire to control female reproduction.   If you are considering terminating a pregnancy, it can be the loneliest time of your life and this is incredibly sad when we consider that this is a time in which support is greatly needed.

We need to start to talk to each other about our reproductive decisions without shame or judgement.  When we separate ourselves from each other, we are participating in the process that denigrates women for taking control of their reproductive lives.  It is dishonest and cruel.  Not everyone immediately starts to glow the minute it is revealed that they are pregnant and to have this as the social myth belies the fact that women are cognizant that motherhood is the most difficult, under appreciated job that they will ever take on. Many women quite rightfully approach the role with great trepidation.   I love my babies and I have no regrets; however, my decisions are not applicable to everyone else and I owe other women my truth because though each story is different, each one is tied together in the struggle to reify women's reproductive autonomy.