I was devastated watching the men’s hockey yesterday. In fact I am sure that I invented new curse words during the third period.  I cannot blame our team because in all honesty, they ran the ice and the U.S owes its victory to a better goalie. The shots on net prove the aforementioned statement to be true.

The road to the podium will be that much harder because we must now play Germany on Tuesday and then Russia if we win against Germany.  Though today I have been receiving taunts from you yankees, I have tried to take it in good stride, though some of you really are attempting to poor salt into my wounds.   Reading the news today, I did come across a little gem, that I thought you celebrating Americans would appreciate.

Asked if his team was willing to "cry uncle" after Canada jumped out to a big lead, Brig.-Gen. Ben Hodges, the top U.S. officer in southern Afghanistan, replied: "You guys can quit whenever you want to."

Getting into the trash-talking spirit of the occasion, Canada's Brig.-Gen. Daniel Menard, predicted before the game that his lads would "destroy the American team. We are not here just to play, but to win."

Canada was not only victorious on the scoreboard. Although Americans have greatly outnumbered Canadians at the base since U.S. President Barack Obama began a surge of tens of thousands of troops into Afghanistan last year, flags bearing the Maple Leaf were far more numerous at the rink than Old Glories adorned with the Stars and Stripes.

Nearly 1,000 troops took in the match. Many of them stood on massive armoured flatbed trucks and other Mad Max-looking vehicles designed to thwart improvised explosive devices.

Two cherry-picker trucks, normally used to install electric wiring, supported an enormous Canadian flag. With much more to cheer about, the Canadians, for once, made a lot more noise than their U.S. allies.

Wow, did that hurt a little?   Unlike your measly 5-3 victory, our 16-2 actually says something.  Are you feeling schooled yet?  Always, remember whose game this is. 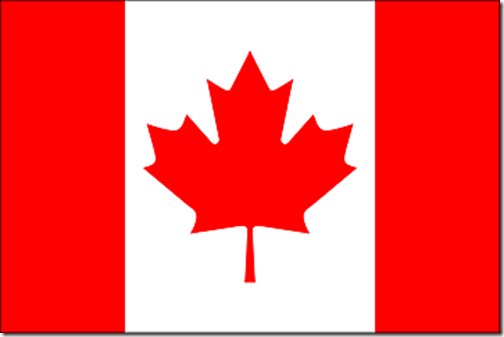 Is that thunder I hear?